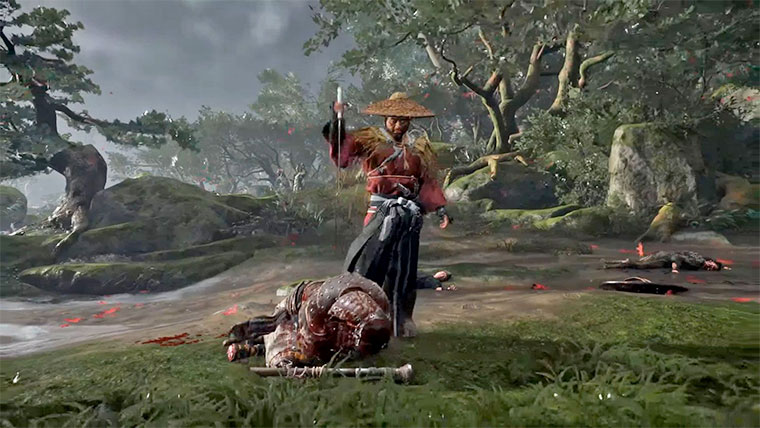 Because I have so many older games I want to play, I normally pay very little attention to new releases, especially franchises with no connection to previous games.

But Ghost of Tsushima, which is finally out, is difficult to ignore. My love for anime has fostered a fascination with Japanese culture. I also find Samurai captivating. These ancient warriors combine grace with strength, humility with boldness. Also, they have the coolest swords in the world.

Ghost of Tsushima was made for people like me that would love nothing better than to dig into the lives and times of the Samurai.

The game takes place in 1274 during the first Mongol invasion of Japan. Jin Sakai, the protagonist, spent his life learning the honorable ways of his ancestors. When his countrymen fail to stop the Mongols, Jin has to embrace an entirely different means of combat to save his nation from bloodthirsty invaders.

All the excitement I have for this game is rooted in the praise reviewers online have thrown at it. Admittedly, tastes vary, but the surge of positive opinions has to mean something.

Everything I’ve seen of Ghost of Tsushima is encouraging. The scenery in the trailers is breathtaking. Open world games don’t appeal to me, but I would not mind wandering through Tsushima Island’s villages, forests, and mountains, engaging the locals where possible, and simply breathing the air of 13th Century Japan.

The game director (Nate Fox) said in an interview that Ghost of Tsushima was designed to fulfill the average gamer’s fantasy of becoming a Samurai. That sounds amazing.

The title has been praised for its beauty, so clearly, gamers with great hardware are in for a treat, especially if the black and white ‘Kurosawa Mode’ is as mesmerizing as everyone claims.

Critics have praised the inventive combat system which is accessible, providing a simple array of combos that will turn the average player into a Samurai master that can cut multiple enemies down with a few clever strokes.

But if enthusiastic reviewers are to be believed, this is not just another hack-n-slash game. Players that hate the difficulty of properties like Dark Souls will approve of its simplicity.

But you can turn each encounter into an artful exchange by learning and then deploying the interesting collection of stances that Jin acquires along the way; stances with unique attributes that you have to match with the right opponents to produce the best results.

I don’t mind basic hack-n-slash combat. But Bloodborne has given me an appreciation for complexity where fighting is concerned, and it looks like Ghost of Tsushima provides the right balance between the two. Jin is a samurai, so his sword—the Sakai Storm—is your primary weapon, and I like that.

Games that gift their players with multiple weapons are wasted on me. Once I find a weapon I like, I have no interest in using anything else.

Some have dubbed Ghost of Tsushima the best game of the year. I think 2020 has a few more surprises up its sleeve.
Though, I will probably play Nioh and Sekiro before finally exploring Jin’s story.