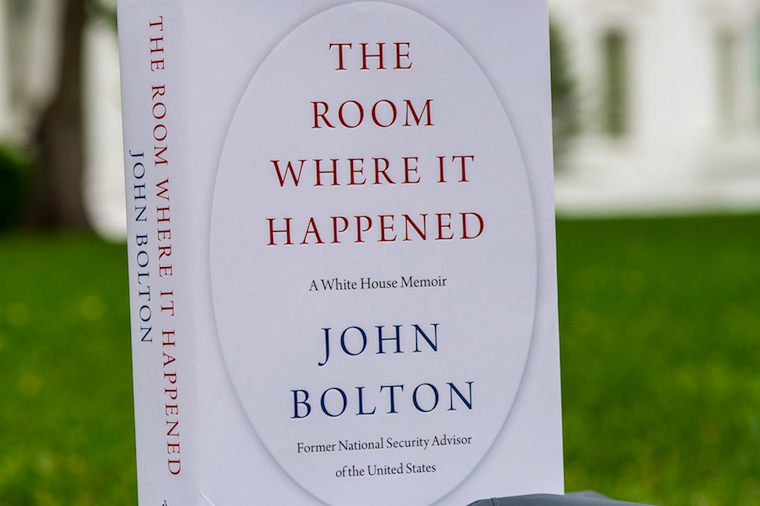 For all the hullabaloo surrounding its writing and release, I found John Bolton’s The Room Where It Happened: A White House Memoir quite anti-climactic.

The book that the USA White House feared would release classified information and tried to block from release in a failed court submission, is really more like edited minutes of President Donald Trump’s former national security advisor’s daily routine and travels.

When I got a copy, I eagerly dug in, waiting to get to the part where he dishes the gossip and inner workings of the West Wing and the first family’s intriguing dynamics.

Instead, it drones on and on and on about the ‘brilliance’ that is John Bolton and his hand in many of the decisions Trump has taken in the last three years of his interesting presidency.

As I delved deeper into the book, I wondered whether this sense of self-importance and over-inflated ego is a requirement for working with the 45th president of the USA, whose own self-assurance is almost trademarked. This book, make no mistake, is about Bolton. Not Trump.

For a reader like myself more interested in the behind-the-scenes aspects of the Situation Room, it was a sorely disappointing read. Yes, it does talk quite a bit about the president’s shortcomings, like not knowing that the UK is a nuclear power and his use of rather colourful language, but I felt it dwelt obsessively more on Barack Obama than even the current administration.

If you love reading about Katyusha rocket launchers, Iran and its nuclear, USA negotiations with Xi Jinping and Vladimir Putin or North Korea’s missile tests, there is a lot of technical detail on that, but still no ‘juice’.

What I loved about the book were the behind-the-scenes preparations when Trump decided to meet North Korea’s leader Kim Jong Un and how much that meant to the former, and what he really thinks about the flamboyant Korean leader.

And I loved the rare peeks Bolton gives the reader into the lives and emotions of some of Trump’s top generals, which helps understand why some of them resigned when they did.

Former Chief of Staff John Kelly, for example, lost a 29-year-old Marine son on tour in Afghanistan in 2010, which made Trump’s discussions about withdrawing from the volatile Middle Eastern country a very sensitive topic for Kelly. And whenever he was upset after meetings in the West Wing, he reportedly would go find solace at his son’s graveside.

I wish there were more insights like that in Bolton’s book. But it is mostly a case of blowing his own trumpet and justifying some of the advice he dished, such as cancelling the Iran nuclear deal that the Obama administration had signed. The book talks about how France’s Emmanuel Macron in particular, and other European leaders begged Trump to reconsider America’s position on Iran, in vain.

Yes, it delves quite a bit into Bolton’s own fallout with the POTUS, including his resignation that was quickly followed by a sacking, after 18 months of service.

After reading The Room Where It Happened, I felt for people such as Secretary of State Mike Pompeo, who are still cardinal pillars in the Trump administration, but whose opinions about the president and some decisions he took, Bolton makes public. Meetings in the Oval Office must be awkward!

Should you read the book? Absolutely, especially if you like the inner workings of US defence and the accompanying crinkum-crankum…

But if you, like me, wanted the juice and to know a little more about the persona of the president and his White House, sorry; this is not your book.

Besides, it is really poorly written; one chapter can end with Gen James Mattis (former Defence Secretary) resigning and two chapters on, the same general is still very active in the administration.

This 570-page book published last month by Simon & Schuster, is tiring in parts, but not entirely lacking in humour.