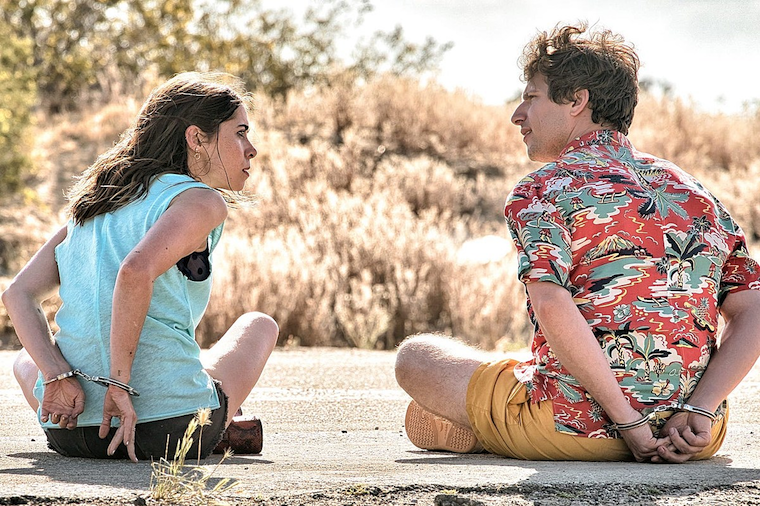 Palm Springs is a romantic comedy that has been commended for subverting expectations.

The movie follows Andy Samberg’s Nyles, a carefree fellow, and Cristin Milioti’s Sarah, a reluctant maid of honor at a wedding in Palm Springs.

The pair has a chance encounter that leaves them stranded in some sort of time loop. Palm Springs premiered at the Sundance Film Festival in January. It made such an impact that Neon and Hulu paid $17m for the film.

The record-breaking amount was expected to pay off once the movie was released in cinemas later on. Covid-19 forced Neon to change plans.

Like most movies, Palm Springs had no chance of making any real money in cinemas, which is why Neon has decided to skip the bigscreen altogether in favour of releasing the movie on Hulu on the July 10.

Romantic comedies went out of fashion years ago. But every so often, a romantic comedy comes along and turns the entire genre on its head. If critics are to be believed, Palm Springs is one such romcom. It is irreverent and fast-paced.