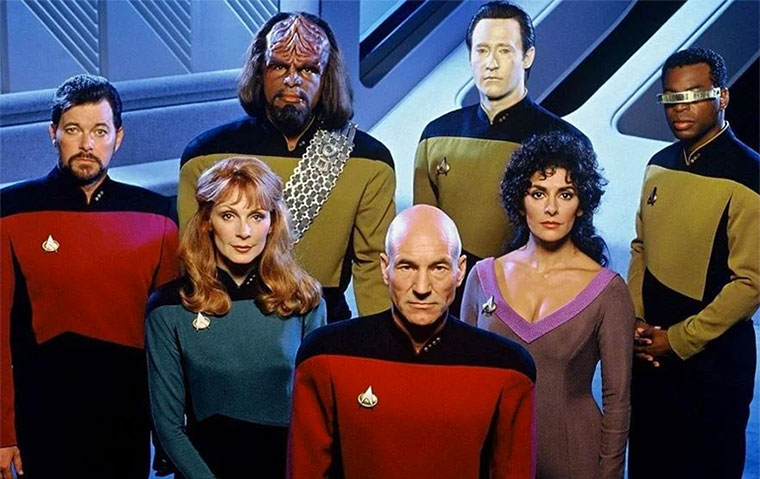 It took me four solid months, but I finally did it. I finished Star Trek: The Next Generation. I’m hardly the biggest Star Trek fan. But I am fascinated by it.

So, you can trust me when I tell you that Star Trek: The Next Generation is the perfect starting point for anyone that wants to dip their toes in one of the oldest Sc-Fi properties in the world.

I can tell you that I never watched the original show, and yet that did not keep me from enjoying TNG. Like many viewers, my first taste of Star Trek came from J.J. Abrams’ 2009 Sci-Fi Action film. I liked it. I was hesitant to explore its predecessors—the original television shows—because I knew they were slower-paced and more concerned with the philosophical challenges of their characters.

But I have to watch a story from the start to truly enjoy it, and once I decided to give Star Trek Picard a chance, there was no choice; I had to follow Picard back to his TNG days, to fully understand who he was and where he came from.

Seven seasons and 178 episodes later, I don’t regret my decision. TNG takes place roughly a century after the events of the original Star Trek series. Kirk is long gone.

Picard is the new Captain of the Enterprise D and has been tasked with exploring the vast reaches of space, discovering new worlds, extending the Federation’s hand of friendship to new species, and expanding humanity’s understanding of the universe.

TNG succeeds, but also fails to a small extent because it is episodic. Most of the episodes can stand on their own. This works in your favour as a Star Trek amateur.

You don’t have to watch the first season to understand the events of the third, the fifth, or even the seventh and final season. Each episode is concerned with introducing a new obstacle – an alien race, malfunctioning technology, a cosmic phenomenon – that the crew of the Enterprise D must overcome.

I call this a small failure because I like serialized storytelling. Most of the episodes in this show have no significant long-term consequences for the characters or their ship.

Additionally, none of the characters (besides Data who becomes more human, and Riker who becomes furrier) show any notable growth. This undercuts some of the depth the series works so hard to create. But I can’t complain because I enjoyed all seven seasons.

TNG cannot compare to the latest Star Trek installments where action and spectacle are concerned. But that is to be expected. The first season aired in 1987. The technology of the time would not permit show runners to truly manifest all the wonders of space.

And yet, TNG does a lot with its limited resources. I have never seen a show generate so much tension from the pressing of a few buttons. And there is quite a bit of button pressing.

Because of the limitations of the technology, TNG has to describe some of the events that are unfolding rather than show them to you. But it works. I would compare it to a traditional storyteller that keeps pulling you to the very edge of your seat to hear his every word.

Even without the flashy effects and seamless CGI, TNG will arrest your attention with its moral questions and seemingly insurmountable odds.

However, there are times I wished they would do more shooting and less talking.