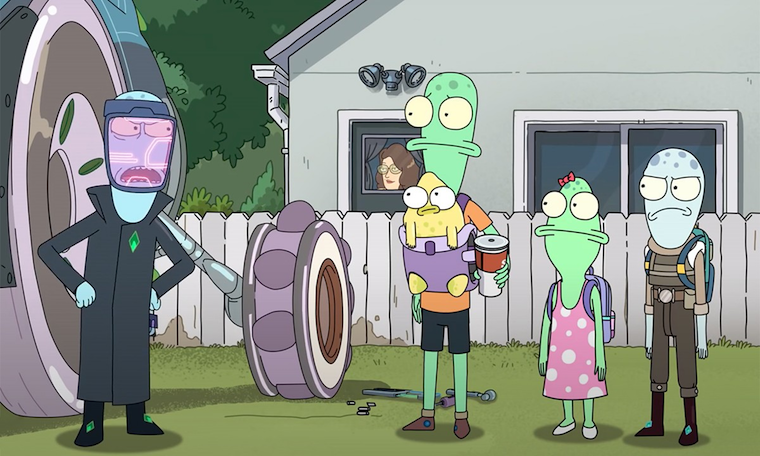 Solar Opposites is an animated show that is finally available for viewing on Hulu.

Only eight episodes long, the show follows the exploits of a family of aliens that have taken refuge on earth. They are waiting for the day their infant pupa matures and conquers the planet.

But until then, the family has to find its place in 21st century America, blending into a society they do not understand. If you don’t know why you should care about Solar Opposites, it was created by the same people that made Rick and Morty.

That is the show’s primary draw. Rick and Morty was a quirky, infinitely ridiculous animated series when it started. Over the course of its run, it became one of the most popular shows in the world.

Creators Justin Roiland and Mike McMahan are clearly hoping that Rick and Morty viewers will follow them to Solar Opposites. The show has already attracted criticisms from people who believe that it was a mistake to use the same art and animation style as Rick and Morty.

This has attracted comparisons that have not benefited Solar Opposites. Where Ricky and Morty was a high concept science fiction story with comedic elements, Solar Opposites is just another sitcom in the vein of the Simpsons and American Dad.