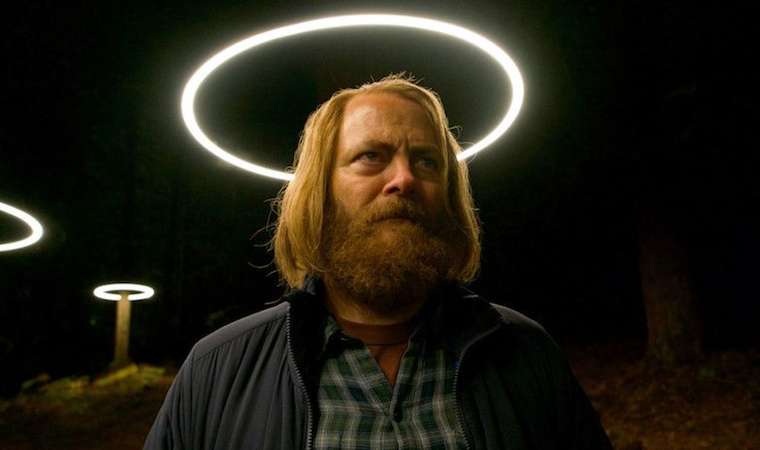 Devs has a scene near the end; two characters are sitting in a room before a massive screen, and they are talking. The discussion is complex.

The characters are trying to make sense of the universe, specifically, whether mankind has freewill or if everything they do is predetermined.

The colours are dark. Everyone is speaking softly and slowly, and you have all these pregnant, silent pauses in between that are not really silent. Normally, that would irritate me, tempting me to jump ahead by a few seconds. But I did not. I remember watching that scene with its snail pace and facial acting and thinking: “Oh, right, this is one of those shows.”

By ‘One of those shows’, I mean shows that are a little too self-important. They have a weighty question to ask; one that will change the way you perceive the world. They are supposed to delve into the human condition, to tackle subjects that matter, which is why they are so much slower, so much more introspective and, for me, so tiresome.

Devs is a great show, by the way. One of the best of the year. Alex Garland wrote and directed it. He is also responsible for Ex Machina, another somewhat heavy but engaging movie that tries to unravel the human condition.

Fun fact: he worked as a story supervisor on DMC: Devil May Cry, which, Devil May Cry crybabies refuse to admit, was actually awesome.

Devs is science fiction, but trust me when I tell you that anyone can watch it. Forest, the man at the heart of the story, suffered a great loss. Now he manages Amaya, a quantum computing company running a secret project that could change all life on earth.

I won’t say anymore. The genius of Devs is that you spend a lot of time trying to figure out what is happening, why it is happening, and how it is happening. Garland wants his audience to keep thinking and questioning until the final minute.

And that is why Devs succeeds, even for someone as impatient as me. Each episode gives you just enough information to keep you guessing. It forces you to engage with the plot, to try and understand the workings and intentions behind the events that are playing out.

Like I hinted above, shows like this rarely appeal to me because they feel so full of themselves. And the conversations they produce afterward are annoying because everyone who worships them is convinced that you only hated them because you couldn’t fully comprehend their meaning.

I still contend that Midsomer was a bad movie where nothing happened. Florence Pugh’s performance was the only thing that kept me watching because it was outstanding. Otherwise, those 148 minutes where a waste of my time.

And yet whenever I express that opinion, someone is always waiting around the corner to educate me about the message of grief hidden within Midsomer. I got that message. I saw it. It just did not hit me like it did everyone else. I was still bored.

The message Devs was trying to peddle was just as uninteresting to me. Or rather, the delivery did not land. And that is why the worst part of Devs for me was the final 15 minutes.

The payoff was weak. I understand what they were going for. But it did not work. That said, you get plenty of interpersonal drama if you like that sort of thing, not to mention heady conversations about the laws of nature and the existence of free will.