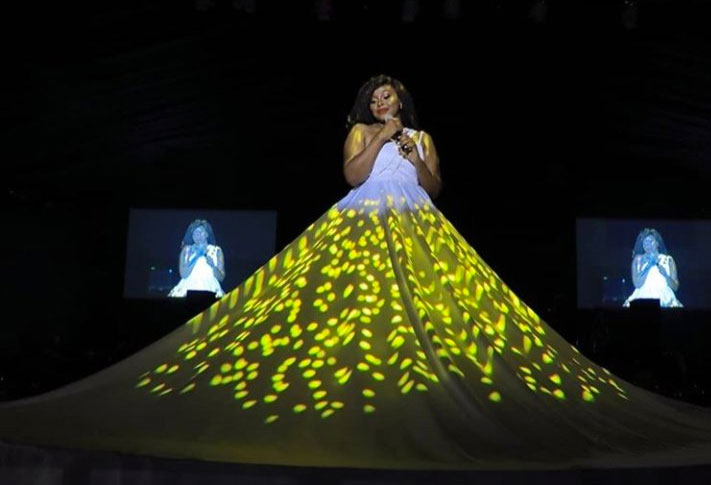 Valentine’s day was an action-packed one for Kampalans, both at concert venues and on the streets, where motorists bore the brunt of a jam caused by celebrating lovers.

Rude Boy, Salvado and Maro also had shows the same day, pulling sizeable crowds, but it was to singer Rema Namakula’s concert at Hotel Africana that I headed.

The gates opened as early as 3pm and by 4pm the queue was long enough to indicate success for the organisers. By 7pm the venue was packed to the maximum and performances started an hour later.

Rema was lowered onto the stage in style, wearing orange and gold. She performed songs including Fire Tonight, Deep In Love, Atuuse, Oli Wange, among others, before her husband Dr Hamza Sebunya walked in with Speaker Rebecca Kadaga to ululation.

The couple’s love and happiness seemed contagious as the crowd started to sing along and others were seen dancing. Rema’s friend Chris Evans almost ruined the night when he mentioned her ex,  Eddy Kenzo during their performance.

But this was son rectified by Hamza jumping onto the stage to give Rema a Valentine’s day present. She then launched into her other songs such as Whistle with Ykee Benda and Gutujja with B2C.

The show had no curtain raisers. Rema, however, paid tribute to the late Mowzey Radio, just as Rude Boy did at Lugogo cricket oval. She then closed the night with her new single, Clear, a song she dedicated to Hamza, before thanking her fans for loving and supporting her through an eventful 2019.