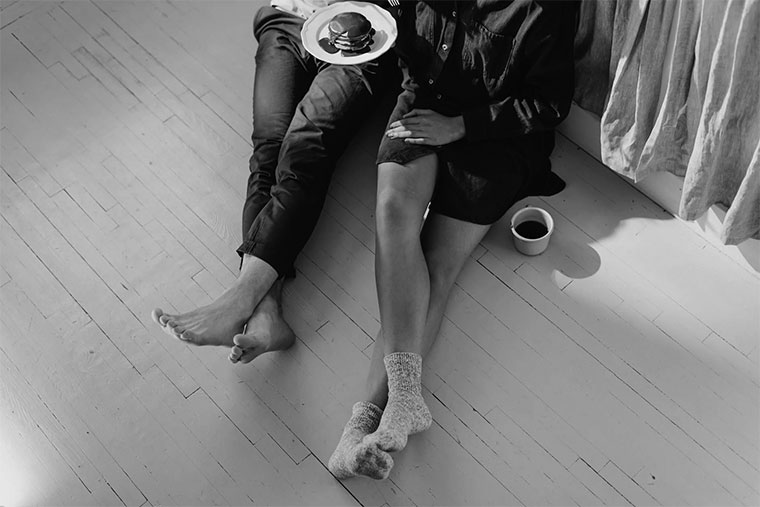 As expected, it had been a cold, frosty night, with Diane staying so far away from me in our bed, like I had suddenly contracted the coronavirus or something; so, I was especially eager to get out of the house the following morning.

Part of this was to give her some space to cool down, but the other more pressing reason, was so I could go and see Julie. I had thought about her all night, and although I usually headed to the office on a Saturday, I knew I would not be able to get any work done until I had seen her.

I was hoping that since she had been on duty at the cocktail, Mark would let her come in late; so, I could still catch her at the flat before she left.

Diane and the children were already at the dining table when I came hurrying down the stairs, and while she acted like she had not seen me, the children abandoned their breakfast and ambushed me.

“Good morning, Daddy,” they said, one after the other.

“Where are you going?” Samantha demanded.

“I want to go to the Waterpark,” Stacy jumped in.

“Not today; maybe tomorrow,” I promised readily, anxious to get going before I missed Julie.

“I said tomorrow; now, go and finish your breakfast before I change my mind!” I threatened firmly.

This did the trick, as her shoulders slumped, and she shuffled back to the table, a miserable pout on her face. Free to escape, I made a hasty exit and called Julie as soon as I drove out of the driveway.

“Hello,” she answered after the first ring.  “I need to see you,” I got straight to the point.

“I’m at the flat,” she answered quietly, her tone uncertain, almost nervous.

I called in sick to work the next day, and probably in a good mood because of how well the cocktail had gone, Mark told me not to worry about it, and get well soon.

This had left me free for David, who I had just known would call. Although I was not surprised when he did, his announcement that he was on his way, turned me into a bundle of nerves, and I began to dash around the apartment tidying up the place, before I realized that I probably needed tidying up more than the apartment, and hurried to the bathroom.

I did not have time to do more than brush my teeth and hair before I heard his knock at the door, and I took a deep breath, trying in vain to settle my racing heart, as I went to open it.

“Hi,” I greeted him with a soft smile.

“Come in,” I invited him shyly.

“Thanks,” he answered, stepped in, then pushed the door shut, and without another word, took me in his arms and began to kiss me.

Starved of his touch, I responded instantly, and within seconds, our hands were tugging off each other’s clothes. We barely made it to the bedroom and made love on my still unmade bed – fast, hungry, almost desperate.

I was the first to break the comfortable silence that followed: “I missed you.”

He gave me a tight squeeze before answering, “I missed you too; I’m sorry I’ve been gone – walking away wasn’t the solution.”

“I’m sorry I overreacted that day. It’s just I hadn’t told my family about us, so...”

“Shhh, you don’t have to explain, I understand,” he hushed me. “What time do you need to be at work?”

“I don’t; Mark gave me the day off,” I answered happily.

A slow smile spread over his face, and he reached for me: “In that case, we’re not leaving this bed anytime soon.”

I knew David had not gone to work the minute he walked out the front door without his laptop. Nonetheless, just to be sure, I waited for an hour, then called his office.

“Good morning, may I please speak to Mr David Mujuni.”

“I’m sorry, Mr Mujuni isn’t in at the moment, can I take a message?” the receptionist answered.

“No, that’s alright; what time do you expect him in? I can call back later.”

“I’m afraid he won’t be in until Monday.”

There was no escaping it now – David had gone to that damn secretary! The only question now, was what was I going to do about it?

I picked up my phone and called Tracy.

“Hi Diane; I was just about to call you! The new consignment arrived, and I can’t wait for you to see it; are you coming in today?”

“David is cheating on me.”

There was a shocked pause from her side of the line, before she asked: “Who with?”

“Men can cheat with anything in a skirt; at least you know who she is, so that’s a start,” she said thoughtfully. “Come to the boutique; I’ll show you the consignment, then we can go have a coffee and discuss a plan for David.”