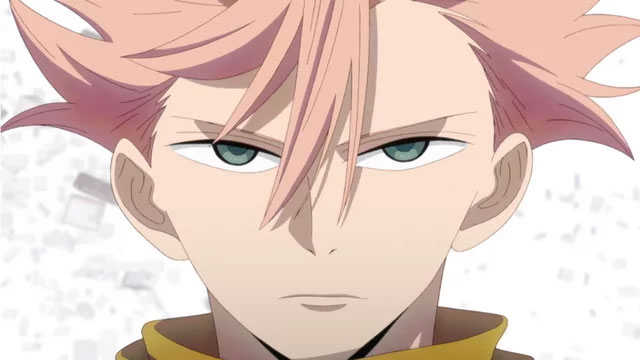 Every year, the landscape is dominated by two kinds of anime: the best anime and the most intriguing anime.

I have chosen 2012 as an example because ID-Invaded is without a doubt 2020’s Psycho Pass. I also expect it to become 2020’s most intriguing anime. In a world filled with demented psychopaths and killers, investigators use a device called ‘Wakumusubi’ to detect and collect the cognitive particles that criminals leave at crime scenes, specifically their intent to kill.

These particles are used to construct an ‘ID-Well’, a visual representation of the killer’s psyche, specifically the murderous aspect of their mind. A pilot is launched into this ID-Well.

When they awaken, they have no memory of who they are or where they are. Known only as ‘The Brilliant Detective’, the pilot must navigate the killer’s mind, collecting clues to solve a puzzle they barely understand.

ID-Invaded is a brilliantly layered show. The first layer is the story that plays out in the ID-Well. No two criminal psyches are the same. Each world the pilot explores is designed to mimic the fractured nature of each criminal mind.

It falls on the shoulders of Momoki and his team outside the ID-Well to combine these clues with the real-world information surrounding the crime. Momoki’s team can see the bigger picture the puzzle pieces are trying to paint. And what they discover they trust to Hondomachi and Matsuoka, the field agents tasked with physically investigating the crime scene, talking to witnesses and suspects, and ultimately arresting the culprit.

With each episode boasting a 22-minute runtime, the fact that the anime can balance the stories told in all three layers, speaks to the skill of the writers. Each layer of this anime is filled with characters that the writers must introduce, study, and develop. And yet, at no point does it feel like they are sacrificing one cast in favor of another.

Sakaido, the brilliant detective is a prodigious investigator with a dark past. The former police officer initially comes off as just another idealistic hero until you realize that only serial murderers can use the ID-Well.

His adventures in the ID-Well are endlessly fascinating. Rather than simply hunting serial killers, Momoki and his team have a larger mystery to tackle, one that surrounds John Walker, a mysterious figure seemingly driving ordinary people to commit horrendous acts of violence using their technology.

And then there is Matsuoka, a veteran officer who cannot help but worry that Hondomachi, his 23-year-old partner, is no better than the psychopaths they hunt. Seven episodes in, ID: Invaded is definitely the best anime I have seen in 2020. And it is an original creation, not a manga adaptation.