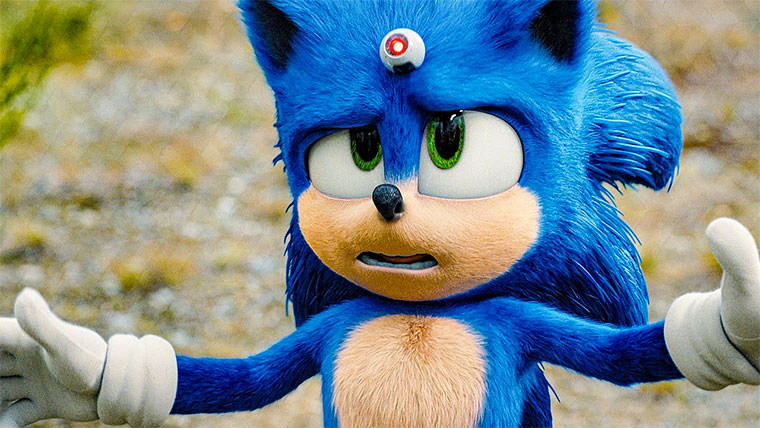 Sonic began as a video game character in 1991. Sega wanted a mascot to compete with Nintendo’s Mario. So, they made Sonic, an anthropomorphic hedgehog with electric blue fur, who spent his days fighting the evil Doctor Robotnik.

Even though the movie is only hitting cinemas in Uganda this week, plans for a live-action adaptation started taking shape in 2013 when Sony acquired the rights to the franchise.

They started developing the movie in 2014. But the project made no headway. Eventually, Paramount swooped in and acquired the rights in 2017. Filming began in 2018, with the first trailer finally hitting the internet in 2019.

The first footage of the movie elicited angry responses from the video game community, which argued that the attempt to give his appearance a realistic tweak had turned Sonic into a disturbing monstrosity.

At the time, the goal was to release Sonic on November 8, 2019. Surprisingly, rather than sticking to their guns, the studio postponed the movie’s release, went back to the drawing board, and gave the design a complete overhaul and finally delivering the cartoonish Sonic moviegoers had grown up playing.

Questions were raised about the impact the redesign would have on the movie’s budget. But experts place the figure at roughly $95m, which is quite modest for a CGI-heavy video game adaptation.

The movie actually came out on February 14 in the USA. The reviews have been mixed. People praise Jim Carrey’s Doctor Robotnik. Apparently, the mustache-twirling villain he plays is absolutely delightful.

Sonic, on the other hand, is a dull hero that is not quite as charming as his appearance suggests. No one expected Sonic to become the first truly successful video game adaptation.

But the mixed reviews have killed any chances it had of delivering a surprise performance at the box office.