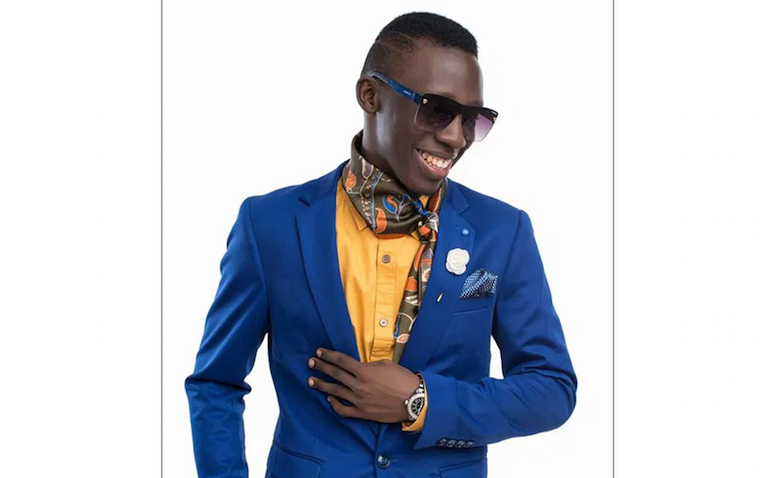 Douglas Lwanga is one of Uganda’s most celebrated media personalities, thanks to his unique touch in interviewing celebrities. He was introduced to our screens in 2010 with his show, Katogo, on Record TV, before moving to NTV and rebranding the show as The Beat, and now he does his craft on NBS TV. Quick Talk caught up with him during his show at NXT radio.

How would you describe yourself?

I am a television and radio presenter, digital influencer and event organizer. One thing I, however, don’t like is being called a celebrity. In fact I hate that word.

But why? Everyone would love that celebrity status.

I think it all goes back to one’s background and upbringing. The people that we see acting arrogant because they are celebrities is not because the fame got to their heads but it is because they were raised in a certain kind of way. For me, I want to always be a simple man and that is why I even use my real name because fame cannot change me.

What made you choose the media?

One silly one I can point out is that I wanted a job where I could be able to dress casually. During my S6 vacation, I was chatting with my friends and I asked them which course I could study at university but still dress up casually and go to office and they told me it was Mass Communication. That is what I opted for.

Haaa…. It wasn’t easy at all. When I started out on Record TV, many people bashed me. They said I was blunt and did not deserve to be on air. They judged the way I presented and dressed and on numerous occasions even some people would call in and abuse me.

I remember there were certain radio presenters who spent their entire shows abusing me. But luckily the same people who used to abuse me then are the ones praising me now. [Welcome to the world].

You move from media house to media house; why don’t you settle in one place?

[Laughs]…. Well, one needs to grow. When you stay in one place for a very long time, you become stagnant and unchallenged but when you move to somewhere new, it helps you think a little harder and start something new.

It is not always easy because you have a fan base used to you being on a certain channel at a particular time, but I have been lucky that wherever I have moved; my shows have been in the same time frame, which has made my audience not to be affected.

Where would you say you have enjoyed working the most?

That is a hard question but Record TV introduced me to the cameras and [taught me] confidence, NTV taught me professionalism and NBS is teaching me diversity – that apart from being on the screen, you can also work on radio and do events.

TV or radio, which is easier for you?

Radio is easy because people are not seeing you. TV is very hectic because people judge how you look and dress. [Douglas is a sharp dresser on TV, Quick Talk gives him that…]

I started television when the entertainment industry had a lot of wrangles especially among the big three – Chameleone, Bebe Cool and Bobi Wine – and TV presenters at the time had already taken sides.

I figured that when you are working in the media, you speak to a mass audience with different tastes and preferences so when you the presenter take a side, you are going to exclude a certain section of your fan base.

What are some of your favourite TV presenters?

Calvin the Entertainer from UBC and MC Kats who I now work with here at NBS TV.

I wouldn’t say married, but I am in a stable relationship and a proud father.   I am sorry but I prefer keeping my family life private [Well, Douglas has been linked to Linda Lisa, the PRO of Club Guvnor. Sorry, mate…]

I wake up at about 10am, pray and have my breakfast. At around midday, I come to NBS and do some work with Next Events up to 4pm. From 5pm to 7pm, I am on TV doing my evening show after which I switch to NXT radio where I present the countdown show up to 8pm. After that, I go home.

You mean you go back home that early?

I actually rarely go out and even had a conversation about it with my boss recently. I am an introvert; I like being indoors.

What then do you do in your free time?

I like watching movies and maybe going to the beach, though it happens once in a blue moon, but I would rather go to the beach than to the bar.

You have quite a good sense of fashion, what inspires your style?

The fact that I work on television actually defines my style. I remember one day while I was still on Record TV, a certain lady called in and abused the jacket I was putting on live on air yet I thought it was very nice [laughs hard, remembering the incident]. Since that day, I learnt that television is beyond what you are telling the people but also how you look.

What are you most comfortable wearing?

Don’t you have any formal outfits?

I have them, but truth is I never put them on.

Give me your top musicians right now...

I wouldn’t like to drop names, but OK; John Blaq, Spice Diana and I find Feffe Bussi’s free-styling very creative. By the way, outside work I don’t listen to music. I enjoy political shows more.

That is strange. Thoughts on our current political entertainment industry?

You seem closer to Bebe Cool more than any other artiste…

No; otherwise, I would not have been able to host these guys [Bebe Cool, Chameleone and Bobi Wine]. But you find all of them even attending my [Purple Party] at the same time on the same stage; so, that is a lame allegation.

How is MC Kats?

[Very hesitantly:] He is fine…

He recently called you a traitor for forcefully taking him to rehab.

[Laughs] Friends have to be there for each other, regardless. Everything I do for him is out of love and I will never let him down.

He’s lucky to have you. When should we expect him back on screen?

I don’t know the arrangement he has with the station, but he is still on leave.