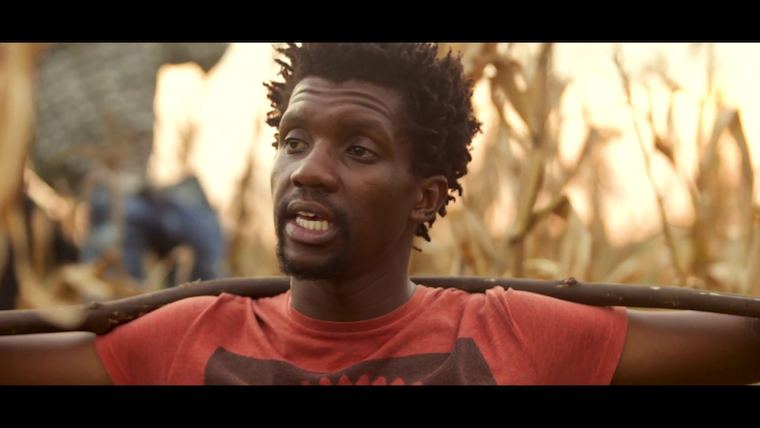 Crass Roots Rap is a compelling mix of soulful singing, lyrical gymnastics and experimental production that takes us well beyond the tired clichés that have corrupted global hip-hop for so long.

The message is one of sublime protest, where the singer attacks the shackles that bind us on every level, using every mental weapon available. With rage, irony, poetry, comedy and philosophy, this album unravels the authority of the local boss, the arrogant politician, the macho man, and every other enemy of spiritual emancipation including, most especially, ourselves.

The latest release which is aimed at the DJ, the politician and the philosopher in equal measure, is a 13-track album with songs like Boom Box Fun, I’ve Got, Every Dog Day, Jigsaw African, and 2 Evils, among others, with the two lead singles, Little Raven and Intimate War.

The video for the single Intimate War, which was done in collaboration with Mwami Anim8 (Edwin Senkumba) in late 2018, was an official selection for the November edition of the Around International Film Festival (ARFF) Paris Edition.

With an introspective vulnerability applied in the approach toward avarice, lust, pride, ignorance, flippancy and lies, Dimitri & The Scarecrow churns out perspectives based on observation and analysis. The concept born in 2008 is shadowed by years of exposure to the hip-hop culture and a unique development in the African hip hop.

Dimitri & The Scarecrow has been active on the African hip-hop scene since 2012, having its beginning at the now-closed Book Cafe in Harare, Zimbabwe.