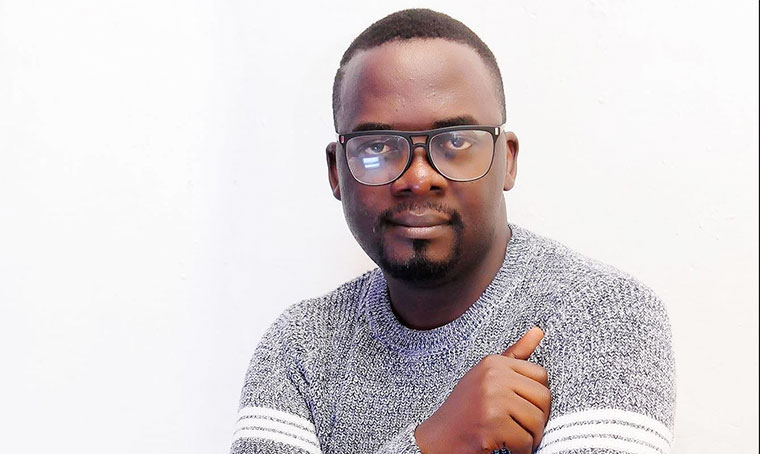 Paddy Kayiwa Mukasa aka Paddyman, 34, is a much-respected audio producer who has produced songs for almost every top musician in the country.

He not only has a magic touch to making hit songs, but also most of the songs he has worked on have turned out to be classics that never seem to bore the listeners’ ears over the years. Quick Talk caught up with him on Sunday at his studio to talk music, personal life and politics.

Hey Paddyman; welcome back from church!

Thank you! Sorry for the delay.

It is fine. Which church do you go to?

Oh wow. When did you become a born-again Christian?

I grew up in a very Christian family and I have always been a church boy. In fact that is where I even started my music from [Quick Talk has learnt that Paddyman, like many respected audio producers in town, started out as an instrumentalist in a Pentecostal church].

How did you begin this journey?

Surprisingly I started out as a singer. In 2005, I went to Eddy Yawe’s Dream Studio in Kamwokya to record my songs; he was impressed by my skills at playing various musical instruments, which I learnt in church and he invited me to help him out in the studio. The studio was mostly analogue; so, I got hands-on training and being there exposed me to so many artistes.

My first song to produce was Mesach Ssemakula’s Kankutendereze and people liked it because it was a new sound of a fusion of ballads and afro beat and that made other artistes to start running to me and then I got a chance to work with Bobi Wine and Juliana on their Maama Mbiire hit.

When did you set up Audio One studios?

I left Dream Studio in 2010 and in 2011 I started Audio One, because we wanted to be the number one audio recording studio in the country.

Well, my real name is Paddy Kayiwa Mukasa; so, Paddy is my real name but the “Man” part was actually added to me by Bobi Wine and it was because there were many artistes around with the word “Man” to their names, like Butchaman, Banjoman, Weatherman...

At first they used to call me Jajja Paddy, but while I was producing Bobi Wine’s Kabaseke song, he said they were going to start calling me Paddyman and I liked the name; so, I decided to take it on.

What are some of the biggest songs you have worked on?

[Smiling:] I have worked on so many songs and I am lucky that most of them have turned out to be timeless hits such as Valu Valu by Jose Chameleone, Banyabo by Rema, Birowoozo by Iryn Namubiru, Wanimba by Eddy Kenzo, Survivor by Judith Babirye, Pressure Ya Love by Chosen and Walden, among others, and I am blessed that to every big artiste I have a song attached.

Who have you enjoyed working with the most?

I just enjoy working with open-minded artistes. But of course there are those musicians…for example, I miss working with Richard Kaweesa. [Kaweesa is the man who claims to be behind Museveni’s Another Rap song that trended before the 2011 presidential election].

What is the magic behind your success?

I believe so much in God. Another thing is simplicity and respecting the people I work with.

You once tried singing…

…I didn’t try singing; I was and still am singing. The thing is that I don’t sing so much of mainstream music. The music I sing is mostly about social issues and of course gospel. I am not doing competitive music and that is why you probably don’t hear so much of my songs.

What else do you do?

I do farming, although I must admit that music consumes most of my time.

I love watching comedy, being with family and going to church.

Speaking of family, are you married?

No, but it is something I am thinking about and I want to get it out of the way.

But are you dating at least?

Yeah, I am looking at someone [hahaha…looking, mbu.]

What qualities do you look for in a woman?

I want a God-fearing person, someone with the qualities of a mother and a woman who can administrate a home, because you don’t expect me to do the administration at home.

Do you have any children?

I am a Muganda man and you know what they say about us; so, the number of my children is my business. [Baganda men apparently never count their children. Oh please!]

OK, Muganda man! What kind of father are you?

I want to be a good example to my children; I want them to learn from my actions. You know children do not learn from what we tell them but rather from what they see; you cannot tell them to do something yet you are doing the opposite.

What are you listening to at the moment?

Ohh! I love Cindy’s song, Boom Party. I like the way she sings with attitude. I am also enjoying Pastor Wilson Bugembe’s Ekyamagero. I also listen to anything from APass. My favourite artiste, though, used to be Jamal [Wasswa, who sang Abakazi Bazira and Abaasooka Banyonoona, among others], but I don’t know what happened to him.

What do you think of the new breed of producers reigning over the industry currently?

Besides technology being on their side, some of them still have a lot of work to do because production is more than just knowing how to use the software. Although the sound quality is good, we still need to hear the music they produce standing the test of time.

How do you find the quality of our music these days?

In terms of sound, the quality is good but what sustains a song are the lyrics and message. That is why I don’t understand some of the music by these new artistes…most people do not know that the longevity of a song is determined by the message behind the beats.

Many of the musicians you have worked with are joining politics; do you have political ambitions too?

Do you have plans to retire?