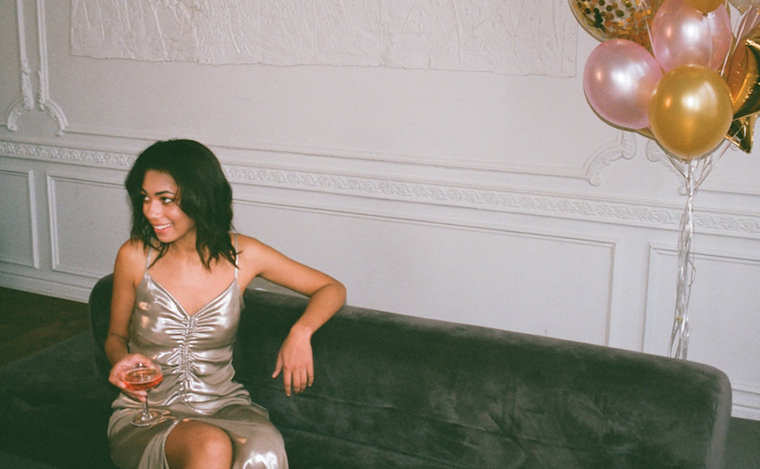 “Julie, I need you at the cocktail this evening,” Mark announced, as he strode up to my desk.

“What? I thought Marketing and PR were handling it!”

“They are, but Jeremy called in sick, and Lisa’s mother has been in an accident; so, they are shorthanded. They will still handle most of it, but I need you there in case they need help with anything; that’s not a problem, is it?” he asked in a tone that said ‘it better not be’.

“No, no problem at all, sir. What time should I be there?”

“Five,” he glanced at his watch. “It’s two now, which means you should probably get going, since it takes you women hours to get ready.”

My mind began racing as I shut down my computer and cleared my desk; I was going to see David again! I had eventually stopped calling, texting and waiting for him, when it became obvious he wasn’t coming back, but I had never gotten any real closure.

If it was over between us, I wanted him to tell me so to my face - maybe tonight I would finally get that. Or maybe, he would look at me and remember how happy we had been before that stupid Sunday afternoon, and he would drive me back to the flat and make love to me, and all would be forgiven and forgotten; that is if his wife was not with him.

I had never seen David’s wife, and did not have a clue what she looked like, though my mind had formed an image of a cold, hard-looking woman, draped in money.

“You look amazing,” Tracy gushed as we stood in front of a mirror in one of the boutique’s dressing rooms.

I knew she was not exaggerating; I had been trying on different evening gowns for almost an hour, and this one was perfect. It was a black and emerald green, lace and silk dress that hid all my imperfections, while showing off my stronger points and I had known it was ‘the one’ the minute I tried it on.

When I worked at the bank, I had attended dozens of cocktails like this one, but this was the first one I was going to since I had left, and it was important to me that everyone who saw me tonight came to the conclusion that I was still ‘doing well’.

To that effect, I had had my hair and makeup done at a salon, rather than in front of my dressing mirror, and now with this dress, my look of ‘success’ was complete.

David had not wanted to attend the cocktail, but with a bit of persuasion and pouting, he had given in, and when he saw me, he actually whistled appreciatively.

“You look lovely, darling; you’ll have every woman in there green with envy.”

“Thank you,” I smiled back.

There was no need to tell him that the entire look had cost close to Shs 500,000; I had a feeling tonight was going to be special, no need to ruin it with an argument.

As I drove Diane and I to the cocktail Mark’s firm was throwing, I had a plan of action in mind; we would arrive, say hello to Mark and a few of the other guests, hang about for around an hour while I made small chit-chat with the other executives and Diane talked to their wives, and then we would leave and head back home, where Diane would reward me for the evening with sex.

I had not wanted to go to the stupid cocktail, but I knew it meant a lot to Diane, and after I had seen how excited she was about it, I did not have the heart to turn her down.

However, minutes after we arrived I knew our coming had been a huge mistake, for standing by the snack table, talking to one of the waiters, was Julie!

I froze as soon as I saw her, and almost as though she sensed my presence, she stopped talking to the waiter and slowly turned to look towards the entrance where one of the marketing executives was welcoming us.

Our eyes met and locked across the room, and suddenly it was like everyone else around us faded away.

She was still beautiful, even in the simple black dress she wore, but her eyes were haunting with a sadness evident in their depths, and suddenly, I was not angry at her anymore and just wanted to take her in my arms and kiss away her pain, which I instinctively knew had been caused by my abandonment.

“Someone you know?” Diane’s voice broke the spell.

Embarrassed at having been caught staring at another woman, I turned back to her and forced a reassuring smile: “No one important; just a secretary I had not expected to be here; that’s all.”   “I see,” she answered coldly, in a tone that made it clear she did not believe me.

I could forget about the reward sex I had been anticipating.