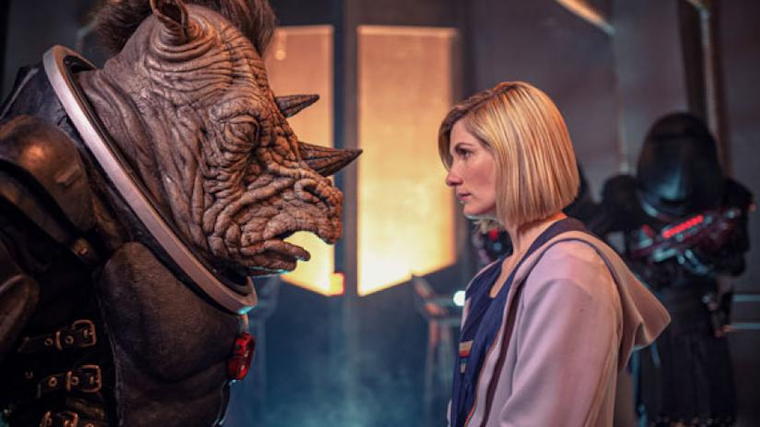 I was not enthusiastic about writing this article, considering how negative my initial review of Doctor Who Season 12 was.

It made sense to check on the show after one or two episodes, just to see whether things were improving or continuing to crash and burn.

But the notion of wasting space whining and ranting about Doctor Who did not appeal to me. So, I sat down to watch Nikola Tesla’s Night of Terror with the intention of finding at least one element to praise; one performance or story point that could add some positivity.

But then Episode 4 ended and I realized that I had not actually hated it. The episode was hardly perfect. The characters were bland, just mouthpieces designed to deliver dialogue and perform actions to move the story forward, not necessarily engaging.

Nonetheless, I liked the creature designs, the CGI, the pacing, and the twists and turns. I was shocked when the doctor chose to destroy the Queen. Yet, because Episode 4 was not quite the roaring success, I was not that enthused to watch episode 5.

So, I decided to get Fugitive of the Judoon over with, and…I’m speechless.

It’s like I had this cave in the corner of my mind that was previously assigned to Doctor Who and, over the years, the lights had slowly flickered out, plunging the cave into darkness in response to my waning interest in the show.

And then Fugitive of the Judoon came along and now that cave has staggered back to life. This is what I’ve been looking, an hour of insane, unrestrained, adventurous fun tinged with mystery and intrigue.

Fugitive of the Judoon is without a doubt the best Doctor Who episode I have seen in year; better than most of Capaldi’s run. For the first time, I finally saw and understood Whitaker’s Doctor. I always thought that her portrayal was one note.

But then you get to Fugitive of the Judoon and you realize how little of her past her companions know. The subdued persona she brought to bear in episode 5 gave her so much depth. Her final exchange with her friends could have come off as cheesy but it wasn’t.

The Judoon were a fun surprise. All the revelations were jaw-dropping. I have not been this surprised by Doctor Who since Season 11’s Pandorica episode. My brain is still in awe.

This show doesn’t feel quite as separate anymore. The universe is starting to feel familiar again but it is still quite fresh and new. I can’t believe that I love Doctor Who again.