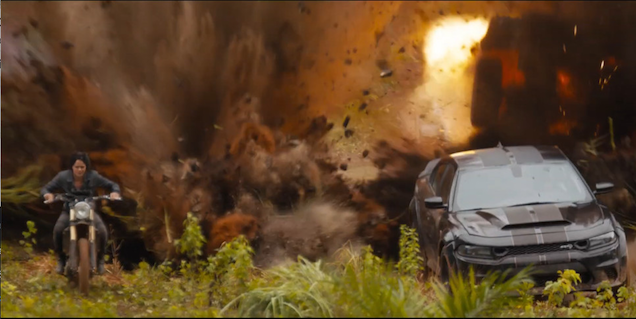 For years, I could not quite understand why everyone loved the Fast and Furious franchise but hated Michael Bay’s Transformers.

To my eyes, they were both dumb but fun action movies that kept fans engrossed by repeatedly breaking the rules of physics and forcing us to suspend our disbelief. And yet, unlike Fast and Furious, Transformers was consistently panned which made no sense.

I don’t have as much enthusiasm for Transformers these days. While I liked the first four, the fifth one was so awful it buried all the enthusiasm I had for the franchise.

Fast and Furious, on the other hand, only seems to grow stronger with each movie. Fast 9 is expected to be the biggest movie of the year. That makes sense. It doesn’t have much in the way of competition.

The Star Wars movie franchise is basically on hold. While 2020’s slate of MCU movies will make money, no one expects any of them to reach a billion at the box office.

This is Marvel’s rebuilding stage. Most moviegoers don’t know enough about the Eternals to enthusiastically support the movie with their money. In fact, the only real competition Fast 9 has is Black Widow but only because of the turn Nathasha’s story took in Endgame.

The Fast 9 trailer was a mixed bag for me. It was awesome, but too long. I also feel like we saw all the shocking action set pieces, which is worrying.

Hollywood studios have a habit of using trailers to spoil movies they don’t believe in. They want to give people a reason to turn out in full force on opening night. That way, they can make as much money as possible before the bad reviews trickle out.

They should have kept the scene with the fighter jet, and everything that came after, a surprise. The same goes for Han’s return. The love for Deckard Shaw skyrocketed when he killed Han because it allowed viewers to hate him without reservation. It also proved that he was a man to be feared; a tangible threat.

Audiences have spent the last few years calling for ‘Justice for Han’. And Justin Lin, the director, promised them just that.

But any notion of the complex storytelling I expected to come out of this predicament was just thrown out the window. Han is back. Rather than accepting that one of the franchise’s heroes is a murderer that should pay for his crimes, Fast and Furious has chosen to take the easy way out.

I intend to watch it regardless. I like the fact that Cipher is back, along with the introduction of Dom’s brother. But Han’s return better make sense.