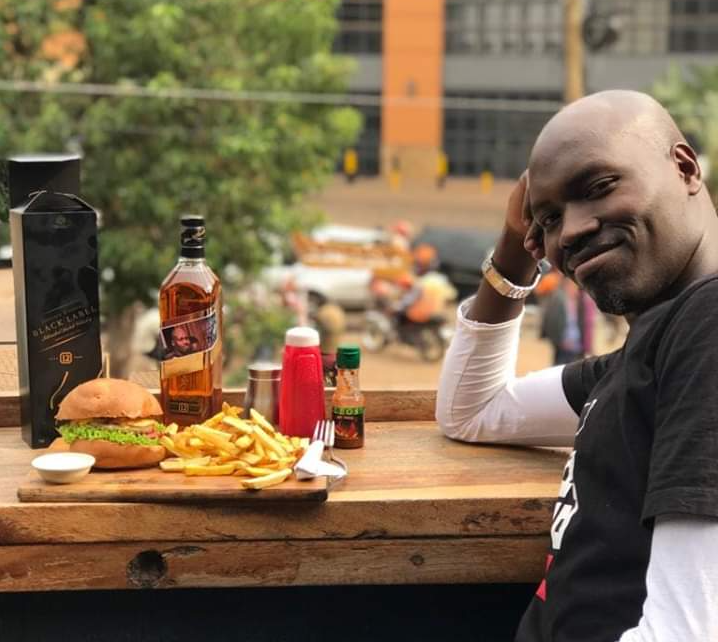 Social media has grown in the last decade, and today those without at least one of those accounts, are the exception rather than the norm.

While most of us use these platforms as a social tool, or a leisurely distraction from our boring lives, some enterprising individuals, have turned social media into a full-time job, and from a cursory glance through their pages, appear to be reaping big from it.

Their posts are peppered with various brand names from telecommunication companies to banks and breweries, even condom manufacturers; their pictures are equally diverse, ranging from them in swanky hotel rooms and restaurants, to national parks, and corporate invite-only events.

So, what does it take to be a ‘social media influencer’? How did they get here, and is their lifestyle really as glamorous as it appears online?

I caught up with one of them to find out. Bernard Ewalu Olupot, also known as ‘Beewol’ online, is a perfect example of a successful social media influencer; he is followed by 1,666 people on his personal Facebook page, while his Beewol page is liked by 13,375 people, and that’s nothing compared to his following on Twitter, where he is followed by a whopping 36,200 people and has a certified account.

To find out how he got here, I had to start at the very beginning. Bernard was born in 1985 to George Ewalu Olupot and Doris Olupot. He went to Bat Valley primary school until his primary Six, then moved to Nkumba Boarding Primary school for his P7.

He then went to Jinja College for his O-levels, and Gombe SS for A-levels, after which he joined Makerere University for a degree in Development Studies, a course he says “bored” him.

Growing up, what he wanted to do as an adult changed from wanting to be a priest (his mother was religious, so the church was a big part of his youth), to wanting to be a policeman or a soldier (quite a leap from being a priest, but Bernard says this phase was inspired by movies such as Police Academy, Rambo, and First Blood).

In the mid-1990s, actors including Nicholas Cage, Sidney Poitier, and John Travolta, had him dreaming of becoming a movie star, but by the time he joined university, his interest had shifted from TV to radio.

“People who worked on radio were like gods to me!”

In line with this new dream, he did some voice overs during his S6 vacation, and by his second year, he had progressed from voicing and producing adverts, to doing gigs as an MC at events and marketing at various bars.

His father wanted him to get a “nine-to-five, white-collar job” and told him radio was not for him, and that he should focus on completing university. Bernard, however, could not give up his dream, and in his third year, he took a giant leap, and ready to abandon all else, went for a voice test at Sanyu FM.

“They never got back to me, and I told myself my father was right; I should just focus on completing university.” 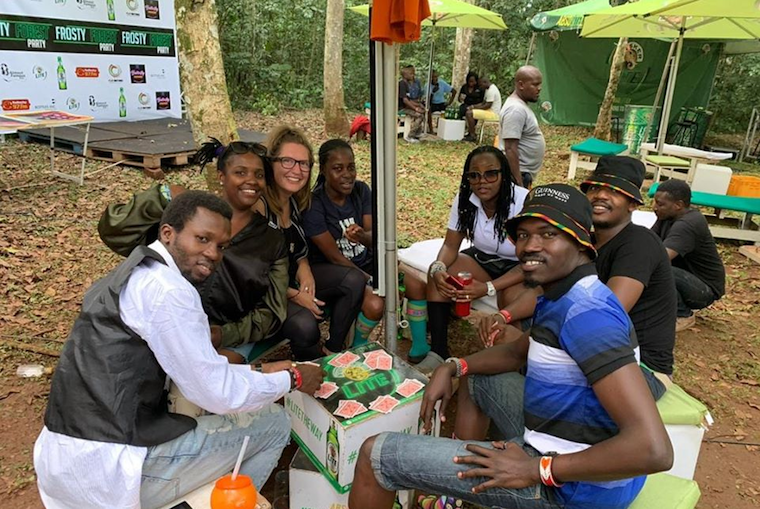 After university, Bernard followed another of his passions - the Internet - and got a job at an Internet café, first on Entebbe road, and then at Makerere University Business School.  Just like his passion for radio, Bernard’s passion for the Internet had taken root during his senior six vacation.

“That was the start of the Internet age, and I loved computers. I did some computer courses during my vacation, that covered programs like Word and Excel; when my father bought a computer at about this time, that was it, and I started spending a lot of time on it.”

Although he was working with computers, which he enjoyed, Bernard had never quite forgotten about his radio dream, and in 2009, applied to Touch FM. This time, he was called back, and when he completed the training, he was assigned a weekend show.

Reminiscing about that period, Bernard says, “I felt like I was finally home; my radio dream had come true, and I was doing two things I loved to do - talking and playing music that I loved.”

However, those weren’t the only things Bernard was doing; he had not given up his love for the Internet while on radio; so, as his number of listeners grew, so did the number of his ‘friends’ and ‘followers’ online, where he developed a large presence under the name ‘Beewol’.

It was here that he started his career as a ‘social media influencer’, combining his love of writing, with the marketing skills he had developed while organizing bar promotions in his second year, along with his large number of online followers, to promote different companies and clients.

Unfortunately, as the ‘Beewol’ brand grew, and more and more offers for gigs came in, he found that his radio job clashed with his ‘social media influencer’ job, as many times he had to turn down gigs that involved traveling and being away from his show; not to mention, those gigs paid well, while payments were not coming in regularly at the station.

According to Bernard, it was one such gig, that turned out to be the proverbial final straw, when he asked for a week off from the station, so he could go to Dar es Salaam on an all-expenses-paid trip to promote a hotel. In addition to his return air ticket, and a full board week’s accommodation in a five-star hotel, the gig paid $120 a day, for seven days.

While Touch FM rejected his request, Bernard could not resist such a lucrative gig, and went, regardless. When he returned and received a memo from management, complete with a docking of his salary, he took it with a sad shrug; “bills had to be paid.”

It was then that he decided to focus on his Beewol persona, working from home.

“I had explored enough radio, and I am one of the lucky few who have been able to attempt as many careers as possible. Two radio stations asked me to join them after I left Touch, but after my experience with Touch, I needed a break from being answerable to a boss. Besides, I have always viewed radio almost like a child; it is not something I did for the money, but rather because I was comfortable doing it. At Touch, there were certain standards I got accustomed to, and when I listened to other stations, I found a lot of laxity,” he says.

“Each day comes with its own rules; it is necessary to have a personal timetable when you work from home, and to make sure that you are using your time constructively,” he says, then goes on to reveal that he strives to write at least 40,000 words a week, because “the more you do, the more you know, and as the saying goes, you can only sharpen your tools when you use them”.

With such a lofty writing target, I wonder how he gets the time to have as much fun as he appears to from his pictures.

“The line between work and play is very blurred for me; traveling and attending shows and events is the nature of my work, so it is important for me to be around and keep up appearances. However, I’m growing older, so I intend to cut down on the number of events I attend, and be more targeted towards only big clients. I want to share what I do, and help others to grow as well; so, I’ll leave the smaller clients to them,” he says proudly.

It sounds like he has got it all made on the work/play front, so I turn my attention to his love life; his profile says he is “in a relationship”. I ask if he is planning to settle down any time soon (especially since at the moment he is obviously having so much fun)?

“Settling down should not be looked at as a life event; it’s not an aspiration or goal,” he answers dismissively. “That doesn’t mean that I won’t, just that my life will progress naturally, and other factors will plug into it. The only thing that will stop me from traveling is if I’m incapacitated, or if I can’t afford it.”

As we wrap up the interview, I ask what his hopes and plans for 2020 are.

“To consolidate what I’ve done so far, to travel more, to be happier, to be richer,” he laughs.

Looks like twenie-twenie is being kind to someone already!

You forgot to ask him about the main topical issue - CORONAVIRUS!
Report to administrator
+1 #2 Lysol 2020-02-09 01:09
Too much ado for nothing. The skinny assdude was just showing off.

A poor way of advertising Uganda buy some people who always use some old white trash to promote tourism. Who would eat that tatesless dry meat/musomo anyway?

Uganda has no national food which can attract foreigners Not to mention that tasteless imatiation of the Mexican breakfast burrito, named after the Swiss expensive chronometer, Rolex.
Report to administrator