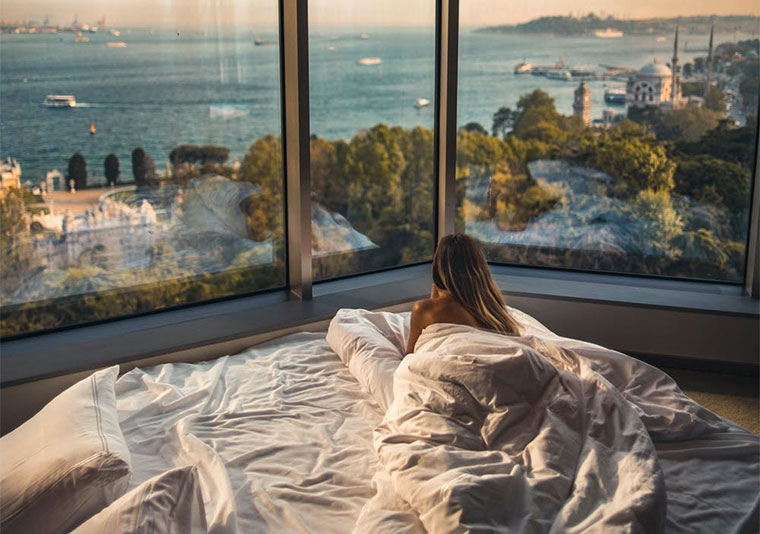 I had sensed a simmering anger in Julie throughout lunch, but could not understand it; after all, I was the one being grilled by her mother; so, what did she have to be angry about?

I did not have to wait long to find out; as soon as her family left, she turned to me and exploded: “What was that all about?”

“What was what all about?” I asked in confusion.

“You barging in here, with my family around!”

“How was I supposed to know they were here? You never mentioned anything to me about them coming over.”

“If you had bothered to call first, then you would have known, wouldn’t you? I didn’t think I had to inform you before inviting my family! Or is that your point? That since you pay the rent, I should inform you before bringing anyone over, while you can just come and go as you please, without even having the courtesy to call! Did you even get this place for me, or is it really for you?” she shouted.

I could not believe what I was hearing.

“Goodness! I got this place for us! For you and me! Not for you to bring people over, then throw a tantrum when I run into them!”

“So I’m not allowed to have my family over! This is why I knew I should have kept my old place; at least it was mine, and I could bring over whoever I wanted to!”

“That is not what I said, and you know it. I came here to surprise you with flowers, and this is what I get?” I was now shouting as well, and I was so angry; I did not even want to look at her anymore.

“I don’t need this!” I snapped, and picking up my car keys, stormed out, slamming the door behind me.

How could the day have unraveled so quickly? One minute I was having lunch with my family, the next David was barging in, next we were arguing, and now he had stormed out!

I slumped onto the couch after he left, my head in my hands, feeling totally shaken, but more than that, guilty. Guilty, because deep down, I knew he was right; it was not his fault that he had run into my family. In hindsight, I now saw that in my panic, I had overreacted and lashed out at him unfairly.

He had always been good to me; this flat was just one example of that, and in return, all I had done was fight him and push him away. What if this time, I had pushed too hard? What if he did not come back?

What if he took it all back, and left me right where he had found me – at the bottom, struggling to make ends meet?

Now that I had felt what it was like to live like the other half, without constantly worrying about money, I did not think I could bear to go back.

At the very thought of it, my guilt was replaced by an even stronger emotion: fear.

I could not lose David or the life he had given me.

I was surprised to see David’s car in the driveway when we got back; I thought that with the children and me out of the way, he would have gone to wherever it was that he had been spending all his time, and yet here he was.

Leaving the children to go and play in the backyard, I went into the house to investigate. There was no sign of him on the ground floor; so, I slowly made my way upstairs. The guest bedroom door was open, and I could see he was not in there; so, I turned to the master bedroom and that is where I found him.

There was a pile of his clothes on the bed, and he was picking them up, one by one, and neatly putting them away in the wardrobe. Not exactly sure what it was that I was seeing, I watched him in silence for a few seconds before announcing my presence.

“Hi,” I greeted him uncertainly.

He had been so engrossed in what he was doing, that he had not heard me come in, and now he looked up in surprise.

“What are you doing?” I asked softly.

“I’ve decided to move back into the room, if that’s alright with you.”

I felt like I had had the wind knocked out of me; this was what I had been wanting, and fighting for so hard, and now here it was being handed to me on a silver platter!

Less than an hour ago, I had been planning an offensive to get my husband back from some invisible woman, and now here he was moving back into our room, of his own free will.

Had I been overreacting and imagining things all along? Maybe there wasn’t another woman after all? Maybe the fight was over before it had ever begun?