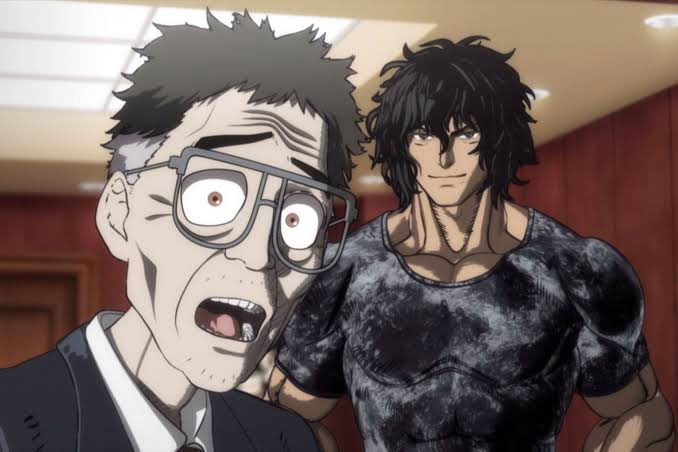 How are we living in a world where Netflix has the best anime on television?

I mean, you have duds like Ultraman which, if you have not seen it, is utter garbage. But then a show like Kengan Ashura comes around and blows you away with the consistency of its animation and art. I am that fan that could not stop telling people to watch Demon Slayer in 2019 because the action, paired with the animation style, was unrivaled.

Now, this is not an attempt to compare Demon Slayer as a whole with Kengan Ashura. Kengan Ashura would lose. But if we are talking strictly about the action, I have not seen anything in the last several years that can match Kengan Ashura’s precision and fluidity.

The show takes place in a world where major business dealings are resolved through combat. Merchants and traders are afforded the opportunity to choose a champion that will represent their interests.

Victory in the ring equates to the gain or loss of billions of dollars. Ohma Tokita is a young fighter with a grudge to settle. I won’t say more than that because I don’t need to. The objective of each episode is to showcase a particular fight between two combatants from conflicting companies.

Have you played Mortal Kombat? Have you gone through the Arcade Mode where you slowly cut your way through a column of opponents until you reach the final boss? That is Kengan Ashura.

Each season revolves around a series of elimination rounds. The show provides three or four different fighters that you can root for and whose progress through the tournament will keep you glued to screen.

I don’t know if any of this sounds boring to you but it isn’t because, despite the picture the synopsis paints, Kengan Ashura is not two seasons of mindless violence. I suppose you could call it a detailed exploration of Martial Arts; an opportunity to dissect the various forms of combat to determine how they would stack up against one another.

Do you remember Baki, that silly show with all the bulky freak shows that promised so much but ultimately failed to deliver?

Kengan Ashura is Baki done right. The 3D animation is the best I have ever seen. The choreography of the action is superb, and the pacing fills each episode with so much tension.

You learn more about the characters by watching them fight than you would have if you had watched them participate in wordy conversations. Kengan Ashura is a visual spectacle. But you should know that some sections are quite gory. If you are squeamish, expect to do a lot of wincing and fast-forwarding and turning away.