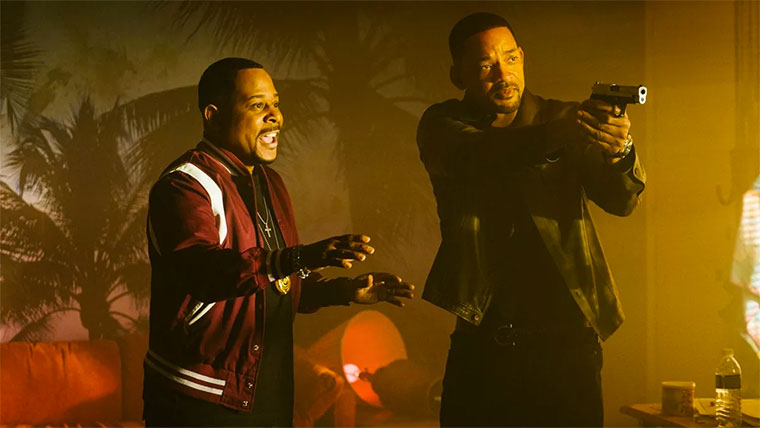 Marcus Burnett and Mike Lowrey were extreme opposites. Burnett was a family man, a modest police officer whose only goal was to make it home safe and sound at the end of each shift.

Mike was sleek, handsome, and possibly the best-dressed cop the force had ever seen. And he thrived on conflict. The lifelong friends had little in common, except for the fact that their cases were always accompanied by wanton mayhem and destruction.

Over the course of their careers, Marcus and Mike’s destructive tendencies brought many a criminal mind and drug lord to their knees. But age has finally caught up with them. Marcus is a police inspector that does not see much action. Mike is in the darkest stage of his life.

As the head of AMMO, he is tasked with overseeing the operations of a group of millennial cops that he barely understands and who represent everything he once had but has since lost.

Certain that their glory days are behind them, Marcus and Mike are forced to reunite once more when an enemy from their past tries to seek recompense for the wrongs they committed against his brother.

That is the synopsis of Bad Boys 3. I intend to watch this movie. The first Bad Boys was a wildly entertaining movie. Its sequel was, in my opinion, even better. I know that people took offense with Will Smith and Martin Lawrence’s characters driving their bright yellow hammer through a South American slum, but I loved every second of that scene.

So, the idea of following Mike and Marcus on their last adventure appeals to me. But again, Adil El Arbi and Bilall Fallah, the Belgian fellows directing the movie, are new to me, and that worries me.

Nothing about their resume gives me hope. The first two movies worked because of Michael Bay. From what I have heard, they could not afford him this time round, and he was also busy with other projects which is a shame, because I can’t see Bad Boys 3 working without him. Bad Boys for Life is finally out this week and I desperately hope it does not disappoint.