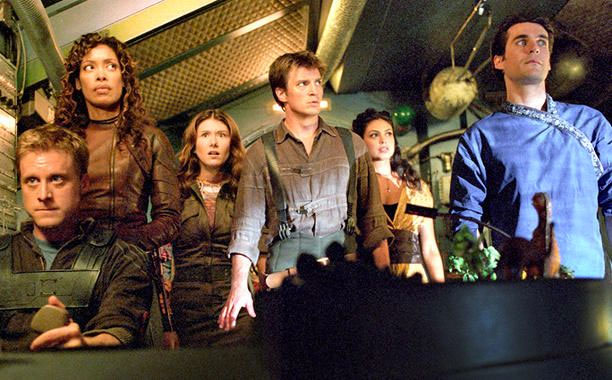 “Take my love, take my land, take me where I cannot stand. I don’t care, I’m still free, you can’t take the sky from me.”

I’m not much of a squealer, but if anything could make me squeal, it is the Firefly theme song. Someone called it “Old music from the future”; the kind cowboys play while they tell stories around a roaring campfire.

Has anyone heard the main theme from Serenity? The first 30 seconds of that theme are just… gut-wrenching, but in a good way. I hate talking about the things I love a little too much because I can’t exactly express my thoughts cogently.

I had no intention of writing about Firefly today. In fact, I wanted to talk about a Robin Hobb novel I read months ago. I have had that particular review scheduled for weeks.

Actually, no; I wanted to talk about Doctor Who. But then my computer died and that created certain complications. Then I decided to finally cross Robin Hobb off my list because I keep putting her off each week.

But then I heard the news that Fox was actually thinking about reviving Firefly and everything changed. Firefly debuted in 2002. Buffy was approaching its final season at the time, and Angel was still growing strong.

Set in 2517 in the years following the arrival of humans to a new star system and the war that brought a galactic empire to dominance, Joss Whedon described Firefly as “nine people looking into the blackness of space and seeing nine different things”.

Malcolm Reynolds is a dejected veteran who fought for the wrong side in a Civil War. Now he strives to survive as a smuggler in a galaxy that has no place for his kind. First, let us get the boring stuff out of the way. A Firefly revival won’t work. The people at Fox hinted at the possibility of an eight-Episode miniseries, which I support.

It allows the show runners to tell a succinct story devoid of filler; one that picks up where Serenity left off, providing a brief glimpse of the changes Mal’s broadcast brought to the galaxy.

Firefly is the greatest science fiction television show ever made. Some people have called it “Cowboys in Space” and they are not wrong. This show has so much heart. It is character-centered. You watch the show because the characters are lovable and annoying and complicated and witty and funny and everything else that makes a cast so awe-inspiring.

I have rewatched those 14 episodes more times than I can count and they never get old. Jaynetown is still a catchy song. Kaylee still makes me smile when she charms those old men with her ship talk. River is just…River. Watch Firefly.