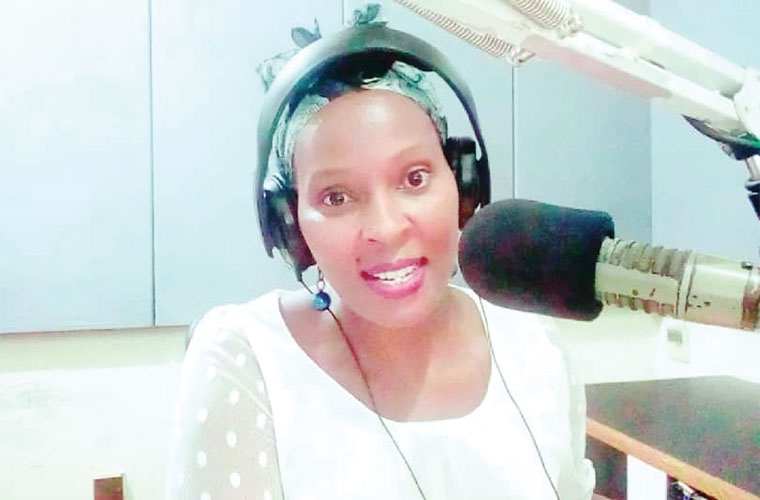 Isabella Kesiime, simply known as Bella by her fans and friends, is the smooth voice on Radio One that makes your Sunday evening all the more mellow with her country music selection.

Yet away from radio, she is also a baker and – you would never guess it from her youthful and cheerful disposition – a single mother of 18-year-old twins!

Although we first met years ago, Bella’s story is a constantly changing one; so, I ask her to start at the very beginning. She was born in Kampala to Karen and Joram Kiiza but won’t tell me in which year, because “women never tell their age”.

She has two elder brothers, and she studied at Buganda Road primary school, Maryhill for her O-level, and Makerere College for A-level.

She had wanted to do Mass Communication at university, but did not get enough points for it, and was offered Tourism instead, which her father rejected as he did not believe it was a marketable course, insisting she studies Accounts instead.

Stand for what you believe

Although she didn’t have any interest in the course, she submitted to her father’s wishes and joined Bugema University to study Business Administration, but never attended a single Accounts lecture throughout her first semester! At the end of the semester, she knew she could not keep up the pretense and told her father she would not be returning to university the following semester.

“It was the bravest thing I had ever done in my life till then, and of course he was mad and disappointed, but I knew I didn’t want to do accounts, and that an eight-to-five job working with numbers was not me.”

Having dropped out of university, Bella was not sure exactly what she wanted to do with her life, but knew if she were to continue with her university education, it would have to be doing a course she enjoyed.

“I believe that if you love what you do, you will find a way to make it work, no matter what it takes, or how many sleepless nights it costs you,” she says wisely.

Her father let her stay home, thinking she would eventually come round, but then she got pregnant. Once again she had to face her parents with a major announcement, and since they were both staunch Born-again Christians, she did not expect them to take it well.

However, to her surprise, they did.

“That is when I saw the true meaning of unconditional parental love! They were both very understanding and supportive; education is very important to my father, but he told me to stay home, have the baby and we would see what happened next. The fact that I had my family’s support was very reassuring, and when at my three months check-up, I found out I was carrying twins, I was very excited.”

Although she was no longer in a relationship with their father when the twins arrived, Bella took to motherhood instantly.

“I had gotten my dream: a girl and a boy, and I was crazy about them,” she declares, her face lighting up.

Picking up the dream

She stayed home simply being ‘Mummy’ until the twins were 18 months old, when her father asked her what she wanted to do next. This time round, she chose journalism.

“I wanted to write.”

“By this time, my parents had retired and I knew I had to step up and find some way to look after the twins and provide for them.” 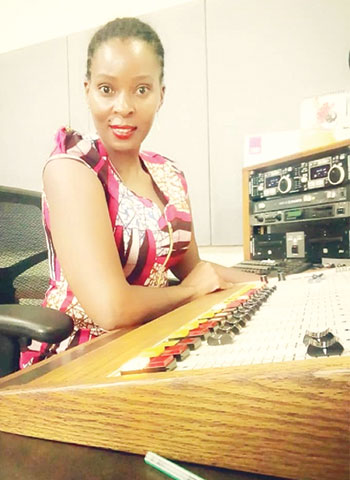 However, before she could find a job, tragedy struck when a very close friend died in a traffic accident.

“I felt lost…I was struck by the futility of human life and fell into a deep depression.”

Searching for some reprieve from her grief, she called a friend in Jinja, who invited her to stay with her for a while. She wound up staying in Jinja for close to two years, before landing a job at a UTL dealership.

“Jinja is a very beautiful, but quiet town, [but] I started to miss the action and pace of Kampala.” It was when she returned to Kampala that the idea of working at a radio station occurred to her, and the first station she approached was Vision Voice (now XFM).

She passed a voice test, but the station was not hiring at the time, and she had to move on. Lucy Kihande, who she had met at Vision Voice, referred her to Spirit FM.

As fate would have it, at Spirit FM the program director said she would be better suited for their sister station Bob FM, a country music station, and told her to go home and listen to the station for two weeks, then return and tell him if that was an option she would be interested in.

“I had always thought of country music as those old artistes like Kenny Rogers, Dolly Parton, and Skeeter Davis, but during those two weeks I heard a new generation of country artistes like Carrie Underwood, Brad Paisley and Blake Shelton, and I liked what I heard. At the end of the two weeks, I returned to the program director and said I would take the job.”

She was placed on the station’s drive show as a co-presenter to Pascal, who she credits for starting her on her country musical journey.

“He took his time to not just share the music with me, but also tell me about the different artistes.”

Speaking about country music brings out the girly-girl in Bella.

“We are always growing and evolving; I wanted more. At about the same time, I heard that Touch FM was hiring, and this was something new, a whole new genre.

She got the job, but only stayed at the station for a year, returning to Bob FM.

“At Touch, I met the most real, funniest, most talented people I have ever worked with, but unfortunately the financial promises from the station were not being met; so, I left at the end of [2015],” she says.

At Bob, she this time hosted the breakfast show from 7am to 10. Although she was glad to be back at Bob, the ‘more’ she had been searching for when she first left, still was not there, and Bella began to think of a way to supplement her income, especially since as a radio presenter, she had a lot of free time on her hands.

It was then that the idea of baking pastries first came to her.

“While the twins were growing up, I wanted to diversify their breakfast menus with things like pies, buns, cookies, and samosas, but these things were expensive; so, I started looking up the recipes online and making them myself. When I wanted to start a business, I knew I didn’t want to borrow money to start it, so I thought of what I could begin with what I had, and that’s when the thought of baking pastries came to mind.

The beginning wasn’t easy because remember first of all, I was self-taught, so I hadn’t had any formal baking education. Sometimes things would backfire and that would be a personal loss, but I thank God for the internet, for baking groups online, for bakers in those groups that are always willing to help by sharing their knowledge and recipes, even for the times cakes would backfire, because it is through the messes that I learned and grew as a baker,” she says.

Although she had found a business she could do, the timing of her radio job and her baking clashed, as she was on air when the demand for pastries was highest (in the mornings), and even though she had opened a small outlet for her products with two employees, she found that “people aren’t as passionate about your business as you are; sales would go down when I was away, yet I had to pay rent as well as their salaries. Something had to give, and so I decided to close the outlet, quit my radio job, and focus on baking cakes rather than pastries as those are easier to market online and don’t require an outlet like pastries do”.

But Bella had not totally given up on radio; she simply needed a radio job that would allow her to fully pursue her baking as well. That opportunity arose when her former program director at Touch FM recommended her to Elvis Kalema of Radio One, and he offered her the Sunday evening show Hello Uganda from 6pm to 9pm. The show is very popular for its country music weekends alternated with reggae evenings.

“I now have a job on radio playing music that I love, and I am able to do my baking as well,” she concludes happily.

Bella’s story is one of constant change and personal growth, and as we wrap up the interview, I ask about her plans for 2020.

“I would like to get a bigger oven and more customers; I want to grow as a baker and do an introduction cake, even a wedding cake! I haven’t given up on having a pastry shop either, and that’s something I want to work towards as well. At the moment I am the baker, the marketeer, the decoration person and the delivery person; so, work goes on - many times even transnight. I would like to experience growth to the point where I can delegate some of the roles to others,” she says with determination.

With the festive season on, cake orders came in constantly during the interview, and she apologetically kept asking me to pause it for a few seconds so she could scribble down the particulars of each order, a testament to how far ‘Bella’s Treats’ (the online name she uses for her baking orders) has already come.

As for the twins, Bella lights up at the mention of them.

“They are great! They are 18 now and in their S6 vacation looking for jobs to keep them busy,” she says with a laugh. “They are the best thing that ever happened to me.”