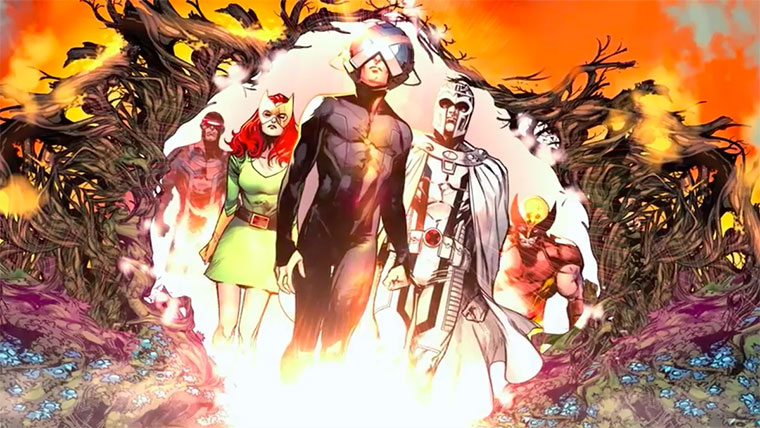 The conflict at the center of the X-Men story has always been one of ideology. Mankind fears mutants. That fear breeds hate. Xavier, leader of the X-Men, agrees that his kind is the next step in evolution, the future inheritors of the world.

But he believes there is a place for co-existence with homo sapiens. Magneto, his good friend, will stop at nothing to destroy man and all that he has built. Only then will mutant-kind know peace.

For decades, the X-Men comics have played this conflict out, pitting Xavier against Magneto; Xavier repeatedly sacrificing life and limb to protect the people that hate him; Magneto preaching his violent answer to the suffering that mutant-kind has endured at the hands of humanity.

Comics are eternal. They have no end. The same old stories are told time and time again, with new writers refreshing old concepts or crafting new ideas but ultimately feeding a familiar machine.

This is why I prefer manga. Most manga titles have a definitive end. House of X (and Powers of X) is not the end of the X-Men comics. But if you have ever wondered what an end to that story would look like, this 12-issue volume paints a rough picture.

As I have said on countless occasions, comics are not my thing. And yet House of X (and Powers of X) blew me away. The volume takes an interesting approach to the Xavier/Magneto conflict.

It dares to ask a question: What if both Xavier and Magneto are misguided?

House of X requires some patience. I can’t believe I’m saying this about a comic book. But if you hate reading, then the volume might repel you. There is so much detail. Jonathan Hickman is not one for linear storytelling. The plot shifts back and forth through time, providing a wide variety of seemingly random perspectives that, over the course of several issues, collapse into a singular narrative.

I refuse to spoil a single plot detail. A lot of it will leave you scratching your head and asking, “What is happening? Wait, who is that and why is he doing that?” to which House of X keeps answering, “Just…go with it. It will make sense later on.”

And it does make sense later on. You don’t have to be a diehard X-Men fan to understand the events of House of X (and Powers of X). If you have even a rudimentary understanding of this world; if you have heard of Xavier and Magneto, and Sentinels and the like, Hickman spends enough time filling in the gaps that you should not have a problem keeping up.

Of the two sections of this story, House of X was the most entertaining. Powers of X confused me on quite a few occasions, especially when it delved into the minutiae of the Marvel universe, the classifications of the entities that rule it, the order of the timelines and so on.

But once you get to that final issue, it all slots into place. And once you truly understand what just happened, you cannot help but nod your head and sigh in satisfaction.