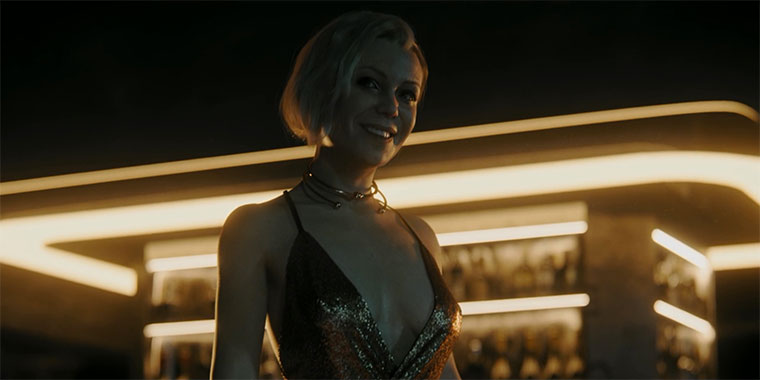 The first minute of Beyond the Aquila Rift lays the groundwork for what looks like a relatively ordinary science fiction adventure in space.

A crew has just returned from a successful mission. And now they have to enter cryogenic sleep in preparation for the long journey home. But we have seen this story before. It is not until Thom, Suzy, and Ray are rudely awakened midflight that the tone changes.

As Thom learns of the catastrophe that befell their ship, the plot enters psychological thriller territory. There is more going on than meets the eye. Trapped thousands of light-years from their galaxy, it will take all the ingenuity the crew can muster to resolve the cause of their current conundrum.

At this point, the episode has you hooked. Elements of love and romance bleed into the plot along with hints of a relatively interesting past. And then the episode drags you into an abyss of an ending horror. This is where it leaves you, when the credits finally roll, staring, jaw open, wondering what the hell you just watched.

Beyond the Aquila Rift is the seventh episode in Netflix’s Love, Death, and Robots. Every time I revisit these episodes, they completely alter my opinion of all the other installments in this series.

So I have to say it: Beyond the Aquila Rift is the best episode Love, Death, and Robots has given us to date. Every time I think that I have the anthology figured out, it finds a way to surprise me.

Nothing can prepare you for the climax of this episode. The writers make effective use of every single minute afforded them. The story definitely benefits from the high-quality art and animation. Some of the most dramatic scenes in this episode succeed because of the considerable emotion the animation team portrays on each face.

They wring nuanced emotional cues from characters that should be one-dimension. The antagonist, in particular, remains a mystery, and yet so much of the thought processes and philosophies driving her actions are manifested through mere seconds of dialogue and facial cues near the end.

I don’t understand how they could use 17 minutes to tell so much story. The pacing was just right. The episode allows you two or three minutes to come to terms with each new revelation before throwing new twists into the mix.

I should point out that Beyond the Aquila Rift has a chunk of adult content and if it bothers you, you can skip it completely without affecting your viewing experience. The gap won’t ruin your understanding of the story. But if you love great science fiction and horror, you will love Beyond the Aquila Rift.