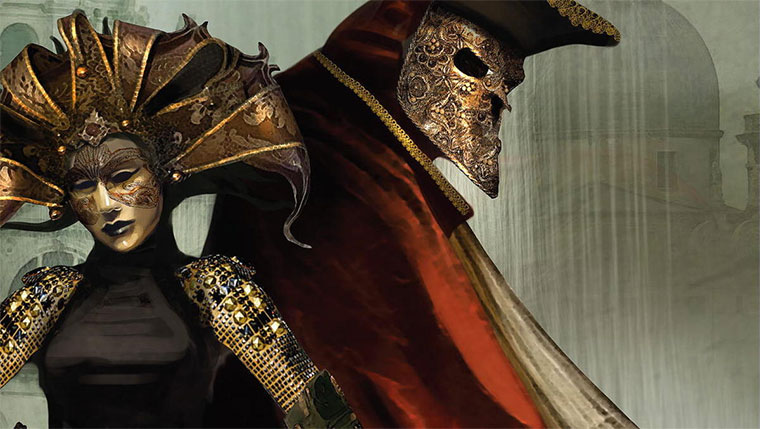 First, their heist ended in failure. Then, Jean lost the love of his life. Now Locke Lamora, his best friend and the fearless leader of their crew, is dying from an incurable malady.

The bondsmagi rule society. To oppose them is to court death. It was a bondsmagi that destroyed the Gentleman Bastards in The Lies of Locke Lamora. And Locke took vengeance by claiming the Falconer’s limbs, eyes, and tongue, then sending him back to the city of Karthain. Since then, Locke and Jean have waited with bated breath for the bondsmagi to strike back.

But the bondsmagi are prepared to forgive Locke. They will also cure him of his poison, only if the thief and his sidekick journey to Karthain to rig an election. The Republic of Thieves is the best book in this entire trilogy.  Everyone who read my review of Red Seas Under Red Skies knows I hate that book with a passion.

The Lies of Locke Lamora is almost great but still falls short; Locke is a terrible protagonist. I have tried and failed to root for him because, at his core, the boy is a horrible human being. Yes, he is witty, clever, daring, and sort of haunted. But he also ruins lives left and right; I cannot stand him.

The Republic of Thieves works because for the first time in the series, the hero is not breaking into a vault or defrauding some aristocrat. Locke has been hired to use his cunning ways and thieving to rig an election.

If anything, the escalation of the pranks between the character and his rival makes for a very humorous novel. Now, The Republic of Thieves is not perfect. Author Scott Lynch finally introduces Sabetha, the great love of Locke’s life that we have spent the last two books reading about but never met.

And unfortunately, she is horrible; strong, smart as a whip, the only person capable of matching wits with Locke, but still horrible. And that, in turn, makes Locke all the more insufferable because of his blind devotion to her. Their relationship is revolting. I don’t think I have ever disliked a heroine more.

People keep mentioning Dena from The Kingkiller Chronicles, but I read those books a long time ago. The name does not ring a bell. And I doubt she holds a candle to Sabetha.

Apparently, Scott Lynch was going through a messy divorce when he wrote this novel, and he based Sabetha on his soon-to-be ex-wife. That explains a lot. It is worth mentioning that this novel has the worst series of flashbacks in the entire trilogy.

This is on top of a massive revelation that completely ruins one of the characters; so much so that I have no interest in reading the next installment in this series. But even with all those weaknesses, I thoroughly enjoyed this book. I loved the new setting, the in-depth exploration of the bondsmagi and all the political shenanigans.