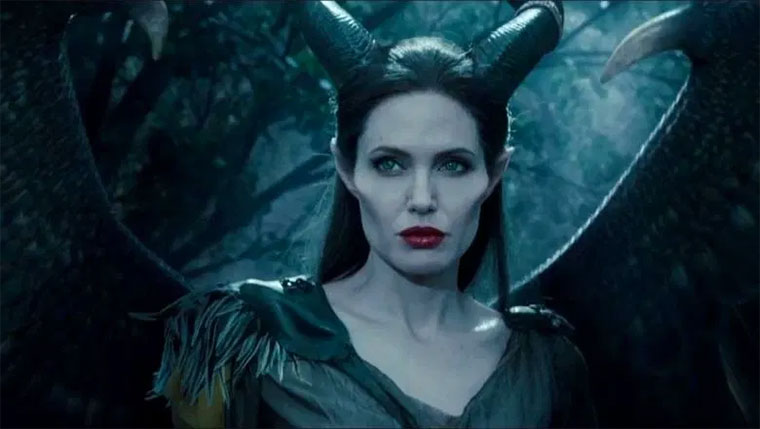 Maleficent was a powerful fairy in the 2014 movie by the same title.

As queen of the moors, she was tasked with protecting the magical realm bordering the human kingdom. As a child, Maleficent had fallen for Stefan, a young, ambitious boy.

When King Henry attempted to conquer Maleficent’s home, she repelled his forces, wounding him in the process and the man placed a price on the young girl’s head. Before his death, Henry promised his throne and kingdom to anyone who would kill Maleficent.

Overwhelmed with greed for power, Stefan abused Maleficent’s trust, drugging the fairy and ultimately cutting her wings off. Stefan presented Maleficent’s wings as proof of his victory. He claimed the throne and married King Henry’s daughter.

Emotionally wounded by Stefan’s betrayal, Maleficent turned the moors into a place of hate and fear. And when Stefan’s daughter was born, Maleficent cursed her, making certain that Aurora would never live past her teenage years.

Maleficent would inflict upon Stefan the worst pain a parent could suffer; or, that had been the plan. But then Maleficent grew to love Aurora and her rage was banished.

Maleficent: Mistress of Evil picks up years later. Maleficent has become the mother Aurora always wanted. The moors and the human kingdom are thriving side by side.

But then Prince Phillip proposes to Aurora and Queen Ingrith, Phillip’s  mother, sees the wedding as the perfect opportunity to separate the humans and the fairies once and for all.

Now a war of the races is brewing and Maleficent and Aurora are on opposing sides. Maleficent (2014) had fans hoping for a horrific villain in Angelina Jolie, yet she was just a misunderstood girl struggling to reassemble her broken heart.

I enjoyed Maleficent, specifically because it changed everything about the character. I hate all these live-action remakes Disney keeps giving us. These are the exact same stories we have seen time and time again. Remaking them as they were first told in the animated versions is lazy.

Maleficent is the only one of these movies that dared to try something new. But now I’m afraid that Maleficient: Mistress of Evil, which has premiered, will listen to those initial complaints and return Maleficent to her villainous roots.

I hate the idea that they might strip Maleficent of everything that makes the franchise different.