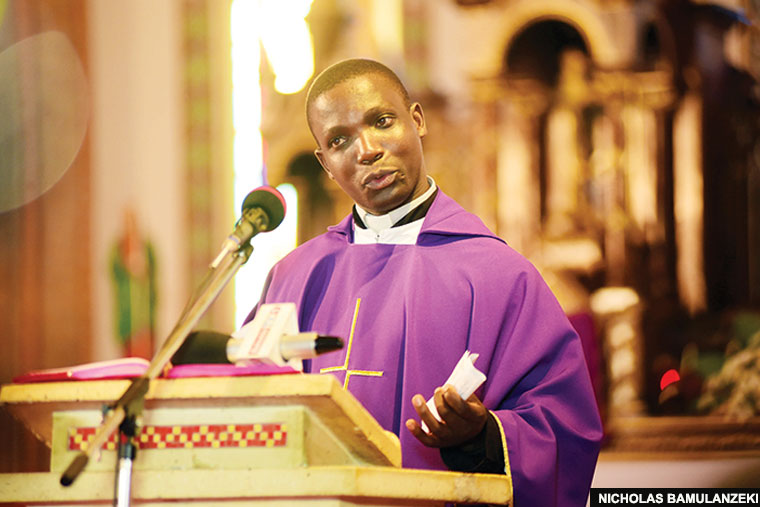 Before February 2, 2018, Rev Fr Deogratius Kiibi Kateregga was only known to his parishioners at Lubaga cathedral and maybe his classmates at Makerere University.

However, he became an instant sensation after his hard-hitting and humorous sermon during the requiem mass of singer Mowzey Radio went viral. He has since struggled with life in the spotlight. He has moved around the country and the world, honouring invitations of those who want to schmooze with a ‘celeb’.

Fr Kiibi has mastered the art of delivering a message that resonates with his flock’s daily lives, instead of digging again and again into the same archives. He touches topics that many clergy fear to touch, keeping his congregation on the edge and looking forward to the next mass.

In fact, for close to two years now, he has had to turn down several invitations to preach in different parts of the country, because he was not just a priest at Lubaga; he was also the information coordinator and assistant cathedral administrator.

Well, his star shining so brightly at an already well-lit Lubaga cathedral, could have rubbed some people the wrong way, although Kiibi is quick to dismiss that speculation, saying transfers are very much part of every priest’s calling.

In the Catholic church, some grumbled silently, there must never be celebrity life for priesthood. And more than a fortnight ago, the archbishop of Kampala archdiocese, Dr Cyprian Kizito Lwanga, transferred Fr Kiibi to Mpigi as a parish priest.

The Observer visited him on September 29 and attended his maiden service in Mpigi, where parishioners were ecstatic. After all, the young father brings his charisma, celeb appeal and administrative experience to a parish that badly needed all that.

“No priest is indispensable. Of course no one wants to be changed, but our training prepares us to accept change and take it positively, although humanly speaking, it is hard to take,” he said when we met later in the evening after presiding over the parish’s matrimonial day.

Kiibi says his being posted to Mpigi, a semi-urban parish off the Kampala-Masaka highway, is an opportunity for him to unpack his abilities.

“I’m very thankful to the archbishop who saw it fit for me to serve in Mpigi. I’m ready to work with these people to save their souls, as the church teaches. There is no priest who has celebrated the silver jubilee without ever being transferred,” Kiibi said.

When news broke that he had been transferred, social media platforms lit up with conspiracy theories. Many alleged that those who perceived him as a threat influenced the transfer. Kiibi does not want to be drawn into the argument.

“I’m not sure about that and it is hard to read the hearts of people but, of course, when you become a threat, you become a target but you can never know who’s targeting you. Anyone can interpret change differently. I know the archbishop had good intentions by posting me here; so, I don’t care how other people interpret it,” Kiibi said.

As Lubaga parishioners were mourning the loss of their star, those of Mpigi were over the moon and thanking the archbishop for sending them the celebrity priest.

“I’ve been watching you on TV and following you online; it didn’t occur to me that you will one day become our priest here,” a young lady told Kiibi as he shook her hand after mass. He shook everybody’s hand who attended his maiden mass.

“We are very excited to welcome you, Father. We promise to cooperate with you fully as you serve the people of Mpigi,” vowed John Kyeyune, the deputy head of the laity in the parish.

The message was unanimous for everyone who got an opportunity to speak. When I asked Kiibi what he had in store for his new flock, he said: “A priest is not a politician; he doesn’t promise what he’s going to do. What people should expect is for me to preach to them and save their souls as the canon laws instruct me.”

Whoever has listened to Kiibi admits he has the talent of keeping his audience attentive. He weaves his many-times-blunt message so well that even those it is intended for, smile when they should be angry. How does he choose his candid message and deliver it with such precision? 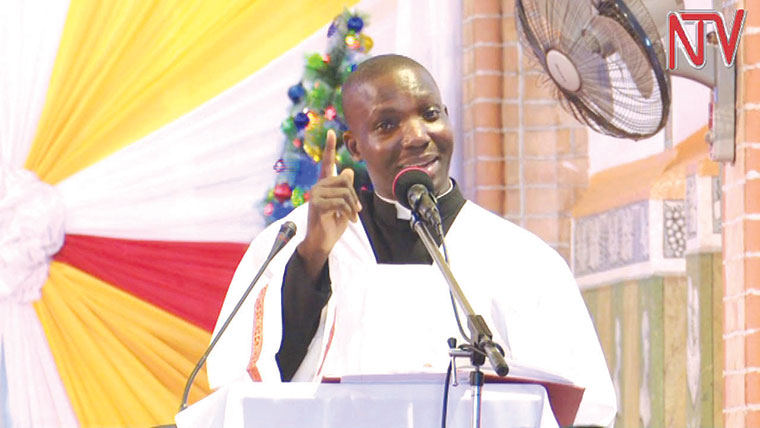 “I’m a professional journalist and you know, you package your information according to your audience. Our [priestly] training [also] avails us with tactics of how to deal with different audiences. We are guided by the readings of the day; we have excerpts from the Bible put in liturgical books. So, every Sunday, we have got different readings. It’s our responsibility to use the Word of God to speak to the life challenges of the people. You send out the message that generates feedback. It’s my role to make sure that the Bible speaks to the existential situations of the people,” Kiibi said.

Life as a celeb

During the Mowzey requiem mass, Kiibi threw punch after punch to the gathered celebs for living irresponsible lives that had ultimately resulted into the singer’s death. He told them it was high time they got people to manage their fame.

Back then, he had no appreciation of what it meant to be a celeb. Given the opportunity to preach again to the same audience, his message would probably be more measured.

“I didn’t know that these things are very hard. It’s easy to become a celebrity but it’s very hard to maintain celebrity life. We live heightened lives which people admire. People want selfies, people want us to be everywhere at their functions. There is a lady who invited me for a function but because of the transfer I told her, I couldn’t come and she got a heart attack. She was rushed to hospital…when I went to see her, she said that if I don’t go, she will die; so, I will go to save a life because the church is pro-life,” Kiibi reflected. 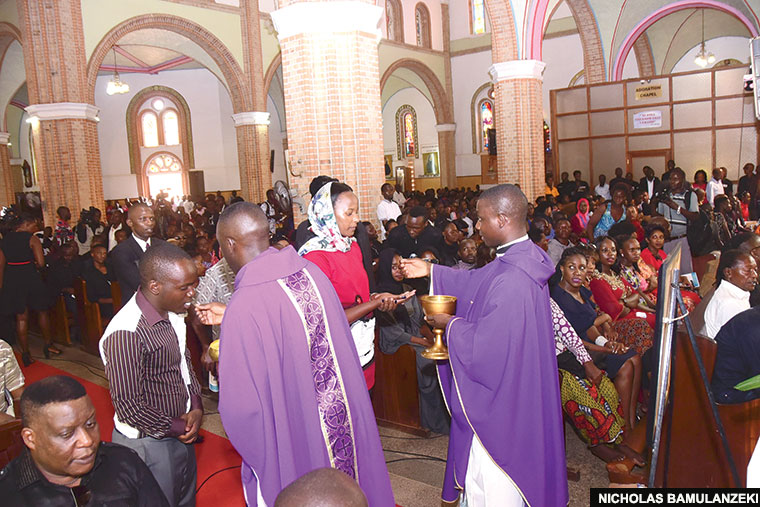 He admits that his reluctant-celebrity lifestyle also did not go down well with some conservatives in the Catholic church.

“There are some old people who admire to be what I am, but age cannot allow them. They feel bad about that. I have been able to manage as a priest because of my humility. The good thing is that I don’t take myself as a celebrity, but people get threatened too fast. I try as much as possible to be humble so that they can accommodate me. It’s not easy, I must say.”

Kiibi is grateful to Archbishop Lwanga for understanding what he was going through and how hard it was to maintain a celebrity life.

“I have visited every part of Uganda; I visited Boston for one month, Maryland, Virginia, Washington DC, I cancelled the journey to California. I have very many friends. My Facebook friends have reached maximum and I now have an [extra] 400. By the time I had that homily, I had about 3,800 friends on Facebook,” Kiibi said.

On a light note, Kiibi believes moving to Mpigi is going to help him rest after two years on nonstop travel.

“Now I think this is the moment for me to rest. I’m going to concentrate on reading and publishing books; so far, I’m working on three of them.”

Now Kiibi’s message during Sunday service will not be, “stop over speeding”, “stay away from pornography”, “do physical exercises”, “be careful how you use social media”, all of which resonate with his former, middle- income parishioners; instead, he is bracing himself more for “don’t waste this rainy season”, “have toilets in your homes”…

But they can still count on hearing those messages delivered with spunk they probably have not encountered before.