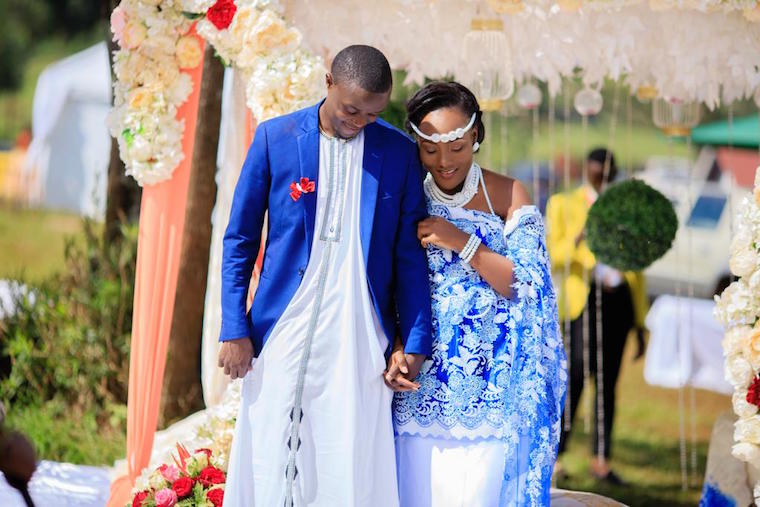 On September 28, The Observer’s photojournalist Nicholas Suuna Bamulanzeki went to Kyenjojo and returned not only as husband to Brenda Matama Amooti, but also with a pet name [empaako] Araali.

The two formalised their 10-year-old relationship in accordance with the Kitooro culture, at a colorful ceremony held about seven kilometers outside Kyenjojo town.

Journalists and the couple’s other friends and family made the long trip to Tooro, as Bamulanzeki officially asked for Matama’s hand in marriage and fulfilled all the marriage traditions. Their love started off 10 years ago while both studied journalism at Makerere University.

Whereas Bamulanzeki works with The Observer, Matama branched into banking, currently working with Centenary bank.   Herbert Zziwa, a journalist at NTV and the couple’s former classmate, could not hide his admiration.

“Theirs is the true meaning of love.  They started dating when both were young people, but they have kept together for all this time. By the time they decided to get married, they were convinced that that is what they wanted,” Zziwa said.

For Matama, Bamulanzeki’s decision to marry her was no surprise.

“I have always known that no matter how long it took, this day would come,” Matama publicly told her man.

For his part, the ecstatic groom promised his sweetheart that a church wedding will follow in June next year as testimony for his unmeasured love for her.

“I promise you, my love, to always love and cherish you,” he said. 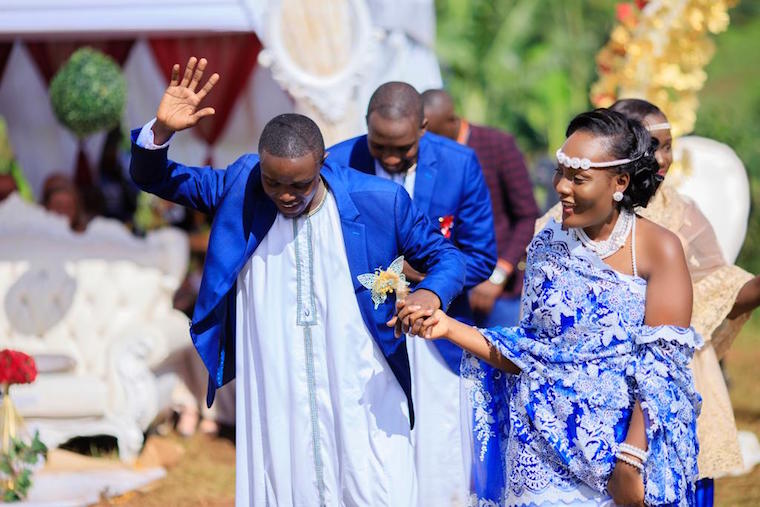 The function was colorful with a lot of drinks and food served. In Uganda, a function is only as good as the food served. The music, decor, traditional and western Uganda dances all kept the guests happily on the edges of their seats.

While the groom’s entourage among the Baganda are not obliged to kneel while talking to Batooro in-laws, among the Batooro, they not only have to kneel every time they are speaking, it’s also a taboo to walk away while not facing them.

In Kitoiro culture, the women from the groom’s entourage are also not supposed to occupy any of the front seats. Of course, quite a number of the women in our entourage thought the sitting arrangement was demeaning.

Unlike among the Baganda where the bride’s paternal aunt identifies the groom from his entourage, among the Batoro, the onus is the bride herself.