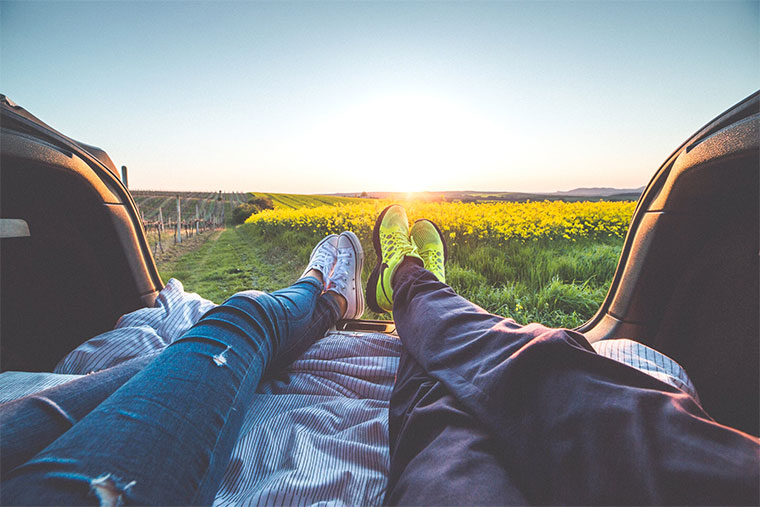 I had planned to just have one or two drinks at the pub, but I ran into an old friend, and one or two, became four or five. As the drinks flowed, I decided to casually seek his opinion on my situation with Julie, without mentioning that I in particular, was involved.

“When can a guy confidently say he is his woman’s ‘man’?”

“Easy – when he’s paying all her bills; rent, utilities, fuel, salon money, etc. Only when you are providing for her, can you say she is yours; until then, anyone can stake a claim,” he shrugged.

I thought about his answer all the way home, convinced that this was what I had been missing: Julie was too independent of me. I would up my game, I decided determinedly. I would rent her an apartment, pay her bills, and arrange for her to start driving lessons. When she got her license, a small car would follow.

This was still my train of thought when I got home, and finding my wife Diane waiting for me was like a slap in the face bringing me back to reality. I expected her to kick up a fuss over the time and state I was in (slightly tipsy); on the contrary, she was doting and attentive, even offering to warm me my dinner.

This could only mean one thing; she wanted something and now that I had just resolved to take on Julie’s living expenses, the last thing I wanted was Diane holding out her begging bowl.

In an attempt to escape her, I feigned fatigue and made a beeline for the shower, but when I opened the guest room door 10 minutes later, there she was, spread over the duvet in the skimpiest nightdress I had ever seen.

“What are you doing here?” David demanded once he opened the door and saw me.

“Waiting for you,” I answered quietly, in what I hoped was a seductive tone.

“Because I’ve missed you, and you haven’t come to our bed in ages; so, I decided to come to yours.”

“Diane, I told you I’m tired; I don’t have the energy for your games right now.”

I could not believe it! I had hurried home to prepare him a fancy dinner, which he had not even tasted, gotten the kids out of his way, dressed up like a tart, and was now practically groveling before him - and he was dismissing me!

To hell with Tracy’s plan to win him back; there was a limit to how low I would stoop for him, and he had just reached it.

“I wasn’t playing ‘games’ David, I was trying to get some sex from my husband, but that appears to be too much to ask for these days, doesn’t it?” I snapped, climbing off the bed.

In response, he slowly looked me up and down, a disgusted sneer on his face, before answering: “Sex isn’t the problem, the question is why? How much will you charge me this time?” Just like I had the last time he had made that kind of comment, I exploded as my hand shot out, headed for his face.

However, this time he caught it midair, before it made contact.

“You did that last time, and I let it go; don’t push your luck,” he snarled warningly.

I tried to wrench my hand free, so that I could storm off, but his grip was like steel, and then to my surprise, David moved from the door towards the bed, pulling me behind him.

“What are you doing? Let go of me,” I hissed indignantly.

“You said you weren’t playing games, that all you wanted was some sex from your husband, right? Well, like I said, sex isn’t a problem,” he answered, shoving me onto the bed.

I tossed and turned all night, sleep totally eluding me; every part of my body ached from the accident, but also, I was consumed with thoughts of David and our relationship.

His behaviour today, from him kicking up a fuss about me not calling him, to him practically dragging me to the hospital, to the exorbitant amount of shopping he had done, all pointed at him staking a claim over me.

While I did not mind him doing so when we were alone, for him to do so in front of my sister, or anyone else for that matter, was where the problem lay. Although it was pretty common for young ladies these days to tout themselves as ‘side chicks’ or ‘the other woman’, I came from a background where it just was not acceptable.

Before he fell ill, my father had once had an affair and my mother had raised so much hell that we had learned one thing very early on - married men were off limits. If my family even suspected that I was seeing one, the backlash would be huge, the rift instant, and that was a price I was not willing to pay.

Besides, it was not just my family that would throw a fit; David’s obviously would too, and only goodness knew what his wife would do!

I would have to talk to him about it, and the sooner the better.