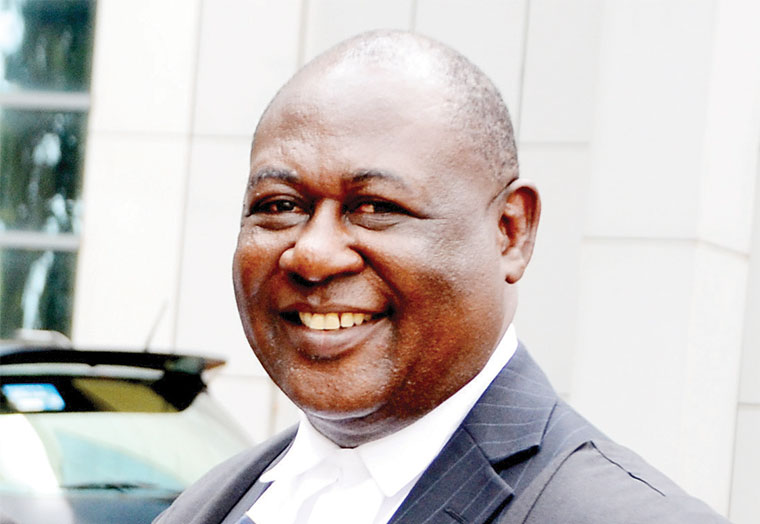 SAM MAYANJA is best known in the legal fraternity as one of the senior advocates and a founding partner at Kampala Associated Advocates.

Little is known beyond his legal practice but in his new book titled Counsel Sam Mayanja’s Guide, the 61-year-old gives an account of his exploits in business, politics as well as addressing the Buganda question.

However, the most intriguing chapter of the book is his humble beginnings in which he reveals his roots as a grandson of pioneering native evangelist Apollo Kivebulaya before growing up to become a street preacher and surviving the religious tyranny of Idi Amin, writes Derrick Kiyonga.

When Mayanja was 13 years in 1971, the last thing he thought about was to join the legal profession. Then, Mayanja was a street preacher, the kind that are now a permanent fixture on Kampala streets.

Back then, Mayanja belonged to the first Pentecostal movement that was christened by its Kiswahili name ‘Mungumwema.’ He would comb Kampala’s notorious slums of Bwaise, Makerere-Kivulu, Wandegeya, Makererere-Kikoni, Nakulabye and Katanga in a bid to broaden Christianity.

Just like today, those slums were bedevilled with drunkards, petty criminals and prostitutes, among others.  But the fledgling Mayanja and his boisterous group had different ideas: they aimed at delivering these misfits to Christ through roadside evangelism which would later morph into crusades.

“God saves,” Mayanja remembers what he told a Bwaise crowd on his first day as a street preacher whilst he was a senior one student at Lubiri SS.

Mayanja’s spirituality, fascinatingly, has been oscillating between the Pentecostal movement, who are enthusiastic about miracles, exorcism and speaking in tongues.

Mayanja sketches his belief back to the 1880s. He is a grandson of Apolo Kivebulaya, the great Anglican prelate and evangelist who preached among the pygmies  of the Ituri forest in eastern Congo. Kivebulaya passed on the baton to Mayanja’s father, Erinesti Mayanja.

Mayanja Senior initially belonged to the East African Revival Movement locally known as Abalokole Abazuukufu, a strand of the Anglican Church, before he joined the Pentecostal movement in which he inculcated his son.

“When I was growing up, I never went to the doctors.  Whenever I felt an ailment, I would just go to church, they pray for me and I would get well, “Mayanja recalls his association with the Pentecostal movement from a young age.

Mayanja’s father soon established his home in Kiyanda village, Mityana district as a converging centre for the Pentecostals who would trek journeys from as far as western Uganda and, at times, Rwanda.

“We had a very big home.  We had about seven houses in one single homestead. We had cows and we could feed all Balokole (Born again Christians) who were crisscrossing from one region to the other,” Mayanja recalls in the book.

Mayanja’s love affair with the Pentecostal movement was halted when he joined King’s College Budo, for his A-level.

“Budo was an Anglican school; so, I had to be Anglican.  I was part of the fellowship and the Christian Union.”

When he joined Makerere University for his first bachelor of laws degree, Mayanja yet again rekindled his romance with the Balokole movement and his church of choice was the adjacent Makerere Full Gospel.

“I was welcomed back without any hurt feelings. I was reinstated as the leader of the youth,” he says, adding that he resumed his ususal routine of preaching the gospel in slums.

However, the Balokole movement ran into trouble with the state when Idi Amin took power through a coup. Amin insisted he knew of only three religious inclinations: Islam, Anglicanism and Catholicism.

According to Mayanja, Amin was convinced by his spy agencies, that the Pentecostals who were mainly getting financial backing from friendly churches in the United States were an offshoot of Central Intelligence Agency (CIA).  Keeping with his capricious style, Amin outlawed the movement.

Mayanja recalls how in panic, senior pastors at Full Gospel ran to him, a student, seeking for his legal opinion.  Mayanja, without qualms, took on the responsibilities and scrutinised the church’s constitution.

“When I looked at the constitution, it was clear that all decisions at Full Gospel were being made by some church in Vancouver, Canada,” Mayanja says.

The solution he gave to the panicky pastors was simple: change the name of church to Glad Tidings church and register afresh and they did just that.

But after registration, Mayanja naively advised the congregation to resume prayers at the venue once again. The state seemed to have ignored them but in 1978 as he was heading to the church, he realised that Amin’s feared State Research Bureau (RSB) agents had ransacked the church and arrested several of the congregants, including his brother, Francis Mayanja.

From then onwards, Mayanja knew he was a wanted man and he abandoned his Northcote room at Makerere University. He took refuge at a single-roomed house of Nicodemu Zaramba, who was a member of Full Gospel Church.

Zaramba was a hawker and he stayed in slum in Makerere. In the room, Ziramba used to stay with his wife and maid. But this is where Mayanja was sure Amin’s men wouldn’t trace him.

“It was during this time that I tested poverty of the highest order, and what it means to survive on a day-to-day basis,” he writes. “I could only move out at night because that is when I felt safe.”

After some time, Mayanja got tired of being a fugitive and he decided to do the unthinkable: face off with Amin. He went to the Parliamentary building where the office of the president was found. He asked Amin’s handlers to fix him an appointment with the president.

He was told to return the following week. He indeed went back through the mandatory checks and jumped into an elevator that took him to Amin’s office.

“I met Amin when he was dressed casually. I told him I was a Makerere University student,” he recalls.

The moment Amin heard about Makerere he told Mayanja: “you should concentrate on studies.”

Surprisingly, Amin agreed to release Mayanja’s people. He also gave Mayaja Shs 60, which was a windfall at the time.

“That’s the advantage of being a youth. You don’t fear. It never occurred to me that Amin or his men would kill me,” he says. “I’m happy that at the time when my church needed me, I was there. Some pastors fled. But I was there.”

After Amin was overthrown, Full Gospel was revived and Mayanja has since been at the centre of constructing many Pentecostal churches through providing financial help that he simply can’t count anymore.

“What I like most is that in almost all the slums I used to preach from, there are churches. Be it Katanga, Bwaise, Kivulu or Mulago,” the lawyer says with a sense of serenity.

“I’m one of the few Ugandans who can confidently say that four generations of my people have served Christianity.”

Even in situations in which people have taken advantage of his generosity, Mayanja cites Philippians 3:13-14. It says: “Brothers and sisters, I do not consider myself yet to have taken hold of it. But one thing I do: Forgetting what is behind and straining toward what is ahead, press on toward the goal to win the prize for which God has called me heavenward in Christ Jesus.”

Mayanja at a glance

He started his early education at Mityana Primary School at Namukozi, Lubiri SS for his O-level, King’s College Budo for A-level and later Makerere University, where he graduated with Bachelors of Laws.

Mayanja would later become the first Ugandan student to graduate with a Master of Laws at Makerere University in 1980.

These were cowards who hid away and were bribed by Amin to frame Luwum. One Nsubuga bribed the old and naive Okellos to overthrow Obote in order to pave way for Museveni to take power.
Report to administrator