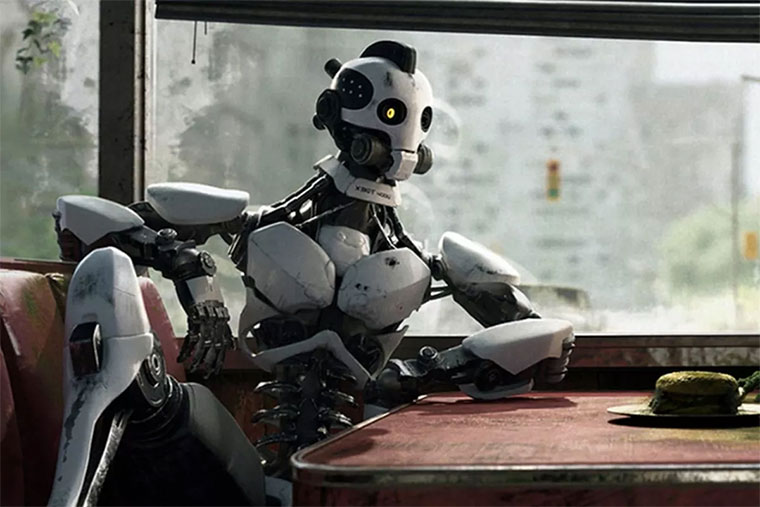 We spoke about Netflix’s amazing Love, Death, and Robot a little while ago, and I would like to revisit the subject, specifically looking at what the individual episodes can teach us about the art of visual storytelling.

Sonnie’s Edge, the first and most generic episode in the series nearly ruined this entire show for me. First episodes are marketing tools designed to give you a reason to stick around.

Love, Death, and Robots started out horribly. Sonnie’s Edge is set in a dystopian future. Sonnie and her friends are part of an underground competition that pits bio-engineered beasts against one another.

Picture dogfighting, but in this case, humans control the dogs using telepathic technology. The first frame of this episode intrigued me. The animation was crisp. The character designs were eye-catching. The accents were exotic.

I was looking forward to a brilliant 17 minutes of television. But then the story began to unfold and I lost interest. The concept sounds cool but the execution was clichéd. And the moment we got into the monster action, things went downhill.

The heroine was just another sullen young adult with a bad attitude and emotional baggage. Her friends were insipid exposition tools. I could not stop rolling my eyes at the supposedly-shocking revelation at the end.

Sonnie’s Edge should have discouraged me from watching more Love, Death, and Robots. But it did not. Why? The episode failed in every other aspect except for style. That is all it took to win me over; the style.

Yes, I was not a fan of the characters. But I loved the art, specifically the faces. They seemed so distinct and expressive. And the accents brought spunk to every conversation. And then Sonnie and crew swaggered through that sequin curtain like they owned the world and my brain stood to attention. As the lights of the arena washed over them, bringing the tribal tattoos wreathed all over their bodies to life, I was suddenly hooked.

The battleground had the most amazing vibe, what with the crowds chanting ecstatically, the music thumping rhythmically, blending with the chants to produce a beat that matched Sonnie’s stride.

Then her opponent entered the arena, his crimson tattoos a curious contrast to Sonnie’s azure ink, and the thumps of the music changed to match his aggression. When these two settled down for the fight, I could not wait to get into the action. Now, as I said, the fight was a disappointment, but the lead up was amazing.

It goes to show that you don’t need a great story to deliver optimal entertainment; not if you can wrap your package in a style so seductive that it paves over your weaknesses. On a side note; though animated, this episode has adult content, so I would not show it to your children.