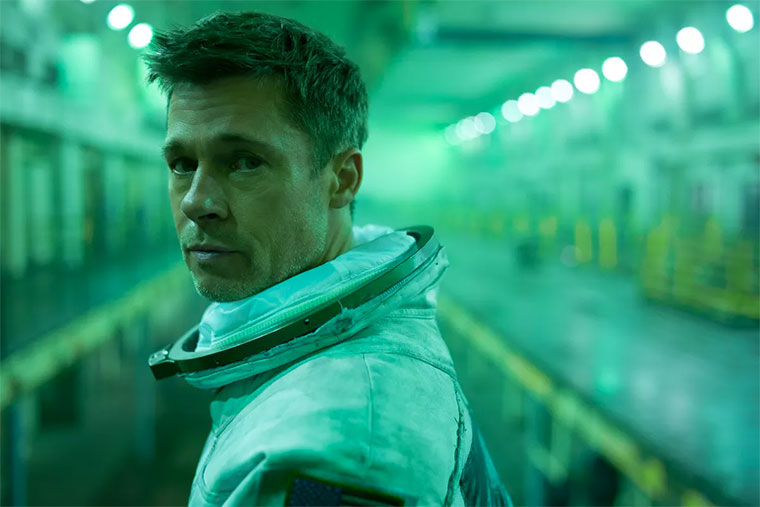 Roy Mcbride is an astronaut living in the near future. The world he knows has mastered space travel, turning journeys to the moon into mundane undertakings.

When an electrical surge on a space station nearly claims McBride’s life, he wakes up to a startling revelation; his father, the man who inspired him to pursue the wonders of space, is threatening the safety of the planet.

Clifford Mcbride is in possession of technology that could destroy the entire solar system. Roy must journey to the outer edges of the solar system to find and, hopefully, stop him. Along the way, he discovers secrets that challenge everything he thought he understood about human life.

The movie is Ad Astra. James Gray, the director, is responsible for movies like The Lost City of Z and Blood Ties. And if early reviews are to be believed, he succeeded in providing the most realistic depiction of space.

However, there has been talk of one scene in which Brad Pitt cries. Supposedly, the director’s collaborators tried to remove the tear from his cheek because tears normally bubble off the face in space rather than rolling down.

But Gray was so thoroughly moved by Pitt’s acting that he commanded them to put the tear back. Critics have singled out Pitt’s acting as one of the highlights, so that should give you an idea of what to expect.

James Gray’s movies normally feature a lot of introspection. So, despite being marketed as a Space Opera, Ad Astra might prove to be one of those slower, softer science fiction movies. Then again, the trailer features a car chase with space pirates whose praise critics continue to sing.

Gray delivers one of the tightest car chases of the year, completely silent – because it is space – but also fraught with tension. Ad Astra has me intrigued.

I don’t truly know what to expect and I want to keep it that way. Sometimes, movies deliver bigger surprises when you walk into the cinema cold. I don’t need to learn anything new about Ad Astra until I see it.