Moses Musisi is the chief brewer of Nile Breweries, the person in charge of making the final taste of every beer produced by the company.

After 20 years on the job, Musisi is quitting at the end of the year having overseen a major transformation of the brewing process on top of creating new brands on the market. Nicholas Bamulanzeki caught up with him in Jinja.

It’s midday when I arrive at the Nile Breweries headquarters to meet the man who has been there and tasted everything. At and at the entry of his office in Jinja is the tag ‘Beer Legend.’

Inside, I expected to find it smelling like beer but there was none of it. Instead, it is a nicely-designed room with more than 100 different beer brands from across the world. “They are expired,” he quickly warned me. “Those are souvenirs I keep because I have tasted most of them.”

There are also multiple awards in Musisi’s office. Musisi is affable but charming but talks in a calm way. “Many people who meet me for the first time think I spend my day drinking. Some even think I have beer all the time but that’s not the case. My background is microbiology and biochemistry. That’s how I entered this business,” he says.

Musisi has been the company’s chief brewer since 2005, a job that entails supervising the whole brewing process on top of tasting the beer to ensure it meets the desired quality. This is something he does on a regular basis.

“I started in the laboratory and I’m the one who introduced the microbiology lab here.”

At that time, beer was being produced and tests carried out but as the consumers became more sophisticated, they started to demand good and high-quality beer. People compared us with the competition internationally. So, the company decided that to produce the kind of beer that meets international standards, they needed a person who can set up a microbiology laboratory.

That’s how I entered the industry but I still had to get the necessary skills in brewing. I did various courses before becoming a qualified brewer until I became the brewmaster in 2004. Now the head of innovation in Uganda and Tanzania and South Sudan.

“I’m not alone and we work as a whole team much as I’m the brand custodian and if anything goes wrong, I’m to blame. My initial task was to work out a formula that would retain the taste of the beers but also improve on the processes of production of beer.”

Musisi admits he does not take any chances even when the machines show that the levels and percentages are okay.

“There is no way a machine can mimic a person’s taste. Beer is very complex; so, we test with machines at each and every process but we also drink that beer. We are trained to gauge the right taste of the different beers…we make the final decision based on the human taste before it goes to the market. In the worst-case scenario when the tastes don’t match, we dump that beer. We do this because we mind about the consumer and standards more than anything.”

In spite of the hectic schedule, Musisi says he gets some rest once in a while. Part of his job is to train and mentor future testers and brewers. On that background, I was curious to find out why people’s tastes vary; for instance why whites who come to Uganda like Nile Special.

On this, Musisi explains that this is so because Nile is the closest to the beers in Europe. “Club Pilsener is mild and there are consumers who like that but when it comes to Nile, it is full-bodied on the mouth and fruity on the nose. So, Nile represents the characteristics of classic ginger beers in Germany,” he says.

Looking around, I was surprised that Musisi still brews Chairman ESB brand. “We now brew it for export to South Sudan. It was a strategic and marketing move aimed to expand the market. Before the expansion in 2009, we didn’t have enough capacity; so, we could not satisfy the consumers,” he says.

Musisi admits that when took over the role of chief brewer in 2005; he faced the challenge of beer ingredients, many of whom used to be imported.

“So, we had to devise means of tapping into the raw materials in Uganda to create a win-win situation with Ugandan farmers. I asked myself, how can we make the same Club beer using local raw materials like maize?” he said. “It was tricky but we pulled it off.”

This led me to wonder why some beer tastes differently in different areas. Musisi, says that is a result of storing conditions.

“Beer doesn’t like sunshine and when it is moved around recklessly, oxidation takes place and that can change the taste. That’s why some people wonder why a beer at a top hotel tastes better than one in the village. It is all down to storage. Sometimes it has overstayed; otherwise, we produce the same quality,” he says.

Musisi concedes that over the years he has had a few sleepless nights. “There are times when the machines break down or when the taste fails to meet the standards. That’s when I’ve had to sweat until everything is corrected...but that is rare,” he says.

“From a brand perspective, I introduced the brewing of sorghum beer in Africa and it changed the landscape of brewing in Uganda. I designed the Eagle Extra, a very strong beer. I did Eagle Dark and Nile Gold, these are beers I’m proud of,” he says.

Musisi admits that the most satisfying one, however, is changing farmers’ fortunes across the country.

“There was a time maize in Busoga used to cost Shs 50 a kilo. Then I got a way of brewing club with maize and removed sugar. We started buying this maize from the farmers at a reasonable fee. The rest of Africa learnt how to do this. So, this transformed brewing in the region,” he says. “Several of my beers have won many international awards but it that as teamwork.”

As he prepares to retire from service, Musisi looks back with immense pride.

“I’m lucky to have been at the wheel of changing brewing habits in Uganda and Africa. I’ve mentored many people to take over from me and I’m satisfied with what I’ve experienced here,” he says. 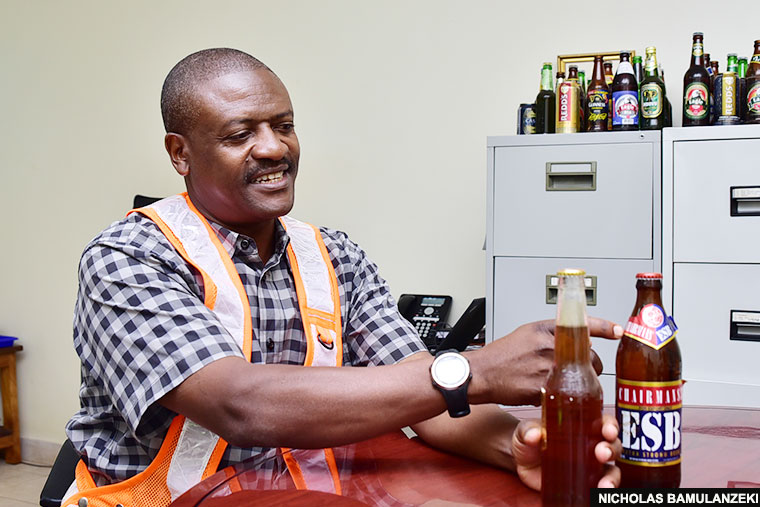 Musisi, who was born a short distance away in Kangulumira, Mukono holds a bachelor’s of science in zoology and botany from Makerere before attaining a masters in biochemistry and microbiology from the University Of Vienna, Austria.

He briefly lectured in the biology department at Makerere University before joining Nile breweries. His family lives in Kampala and he visits them over the weekend. Musisi admits the family understands his job but he does not expose them to beer.

“My children know I drink a beer once in a while but they don’t drink,” he says.