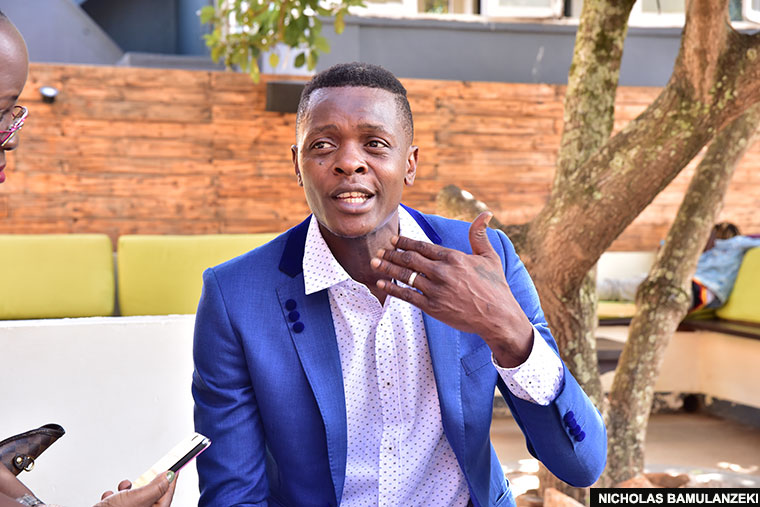 Talent and passion aside, many people join the music industry in the hope of earning a living.

However, the structure of Uganda’s music industry requires one to have hit songs and have the ability to perform almost 24/7 so as to make some reasonable amount of money. Indeed, when artistes first hit the ‘big time’, they forget about weekends, public holidays, or even festive seasons as they use the bank holidays to cash in more.

But considering the number of entrants into the industry, the longevity of artistes at the top has become very limited. And how an artiste uses that time at the top – when they are easily filling up concert venues – is crucial to what happens afterwards when no one wants to know about them.

Do you remember the once-sensational Qute Kaye of the Ginkeese fame, who was recently caught red-handed stealing headlights off a car? Then his girlfriend, former socialite Pretty Glo was also caught trying to snatch a mobile phone.

Qute Kaye is still one of the most gifted vocalists the industry has seen, but fame only destroyed him. However, there are musicians who have ventured into different types of businesses to prepare for the rainy years. For artistes that joined the music industry with hardly anything to their names, they are ensuring that should the music stop one day, they do not fall back to zero.

This is perhaps one of the major businesses artistes have ventured into for extra income. Musicians including Ronald Mayinja, Geoffrey Lutaaya, Mesach Ssemakula, and Haruna Mubiru have hugely invested in these.

Ssemakula is the owner of Papaz Spot restaurant in Makindye, among other investments. Bobi Wine, Jose Chameleone and Ragga Dee all own beaches on the shores of Lake Victoria, although Chameleone admits, his was a waste of good money as the place cannot host a beach party. Until recently Chameleone also owned DNA Lounge on John Babiiha avenue.

Bebe Cool reportedly owns four three-bedroom apartments in Kiwatule while his nemesis Bobi Wine has Ssemakokiro Plaza located in Kamwokya. That aside, most of the artistes have also built themselves residential palaces upon their first step into stardom, which also list as big assets in Uganda.

The transport sector is a booming business considering Uganda’s growing economy and this has attracted a number of stakeholders in the music industry to exploit this opportunity. Artistes including Peter Miles and Bobi Wine have luxurious boats used to transport people especially on Lake Victoria, but the latter also owns a fleet of taxis operating in the city.

Ronald Mayinja has trucks, which are hired to transport bulky goods across the country, while veteran musician Ragga Dee reportedly owns Limo Life Company that deals in car hires and importation.

Some musicians have gone a step further and set up their own recording studios to reduce their music recording costs and also charge other musicians who want to record from there.

From fashion lines to owning their own cloth stores, some of our artistes are making money from dressing up their fans and fellow celebrities. Irene Namatovu, Lutaaya’s wife, owns Irene’s Boutique in Kabalagala, while Maureen Nantume also has a bridal and fashion boutique in Makindye.

Other singers including Leila Kayondo and Hellen Lukoma also once owned boutiques; however, these seem not to have done well.

Agriculture being the country’s backbone and on a huge expansion, musicians have also not been left behind when it comes to getting their hands dirty. Notable is the soft-spoken Rihanna singer, Chris Evans Kaweesa, who has a huge tomato farm where he reportedly collects several millions per harvest.

Bobi Wine also owns a farm in his home district of Gomba. Singer Grace Nakimera has different agricultural projects on her land in Lugazi and Wakiso, while Omusheshe singer Ray G is also into poultry and crop farming.

Some musicians write songs for fellow singers and these charge between Shs 1m and 1.5m per song, thus making money even when they have not stepped on stage. Musicians who are also commercial songwriters include Ray Signature who has written songs for Irene Ntale, Bebe Cool and Fille; Ykee Benda has written for Winnie Nwagi; Voltage Music for Vinka; Nince Henry for Rema, Iryn Namubiru, Bebe Cool and Chosen Becky and Little Boss for Rema and Iryn Namubiru.

Others include A Pass, Alvin Kizz, Naava Grey, GeoSteady, Chris Evans and the late Mowzey Radio.

This form of advertising using famous personalities with a good following is catching on in the corporate world. A few lucky musicians have lucrative endorsements from time to time, that make concerts and studio work easier.

Several local singers have struck deals with corporate companies to endorse their products and services and they have in turn bagged huge sums of money. Media personality Isaac Katende alias Kasuku says that musicians should brand themselves and have that corporate image so that companies spot them as brand ambassadors.

Online platforms such as YouTube, Apple music, Sound Cloud, Spotify, Tidal, among others, have changed the way artistes market and sell their music.

The more people listen, view or download their music, the more money they are paid by the websites. Sophie Ggombya, the president of Uganda Musicians Association, says that unlike their days where there were music stores like Kasiiwukira where musicians could sell their albums and get paid, today’s musicians have to depend on the different online music platforms to sell their music and get paid.

Kasuku says musicians have embraced new trends and ideas such as selling music  to online platforms and streaming sites which pay them when people subscribe and listen to their songs.

However, both Gombya and Kasuku emphasise the need for musicians to get an education to develop a business mind and know how to operate in a developing economy like Uganda and have a shot at other business opportunities other than music alone. Uganda Musicians Association has partnered with universities such as St Lawrence and Victoria University for scholarships to musicians who wish to go back to school.

Haruna Mubiru, who owns several businesses outside music, says musicians should try to find out what else they can do besides music and invest wisely, because you simply cannot be on top all the time as audiences and people’s tastes keep on changing.

Today it is B2C/Rema’s Gutujja on every set of lips; a few years ago it was Chameleone’s Wale Wale trending; who knows what tomorrow will bring?

0 #1 WADADA rogers 2019-09-17 17:31
No, i dont agree with you when you say Ugandan musicians are no longer happy with just the music, I think guys like Ragga Dee, Chameleon, Bobi wine and other right thinking Musicians just know when to leave the stage for others to join.

You cant stick to one thing for ever, you enter, play your part, train others to replace you and then you move on with plan B
Report to administrator