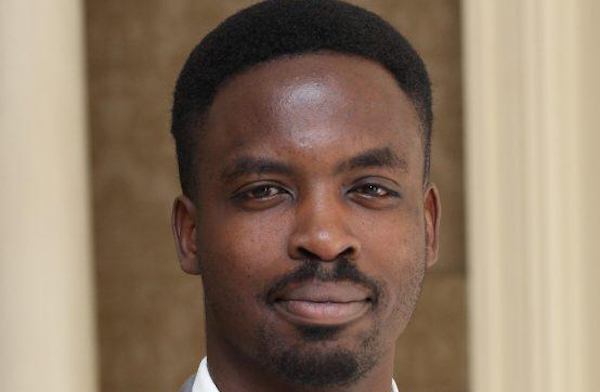 Arnold Segawa is the new kid on the block at NTV Uganda. Many have credited him for sweeping viewers off a rival TV station in favour of NTV’s 9pm news bulletin that he started anchoring recently.

His thick moustache, great command of the English language and astuteness when it comes to financial matters have put him in the limelight and industry players have noticed. Quick Talk caught up with him recently.

Ah! Your look is not for a ‘Segawa’ [many have noted that Segawa looks more like our relatives from a small neighbouring country] Weddira ki? Tambula ng’omuganda [no, Quick Talk is not tribalistic…just laying some rumours to rest. Only a Muganda would know what ‘walk like a Muganda’ means.]

[Shaking his head]: Neddira Nkima, akabbiro…… [He indeed ‘walks like a Muganda’, reciting his lineage and clan roots in detail. Wow!]

You must hear it a lot that you don’t look like Baganda, though.

[Looking a bit gloomy] My father was a Muganda and my mother is a Muganda through and through. That question alludes to a bigger problem in Uganda; for instance, the nose, beard are from here and there. Last time I checked my passport it says I’m a Muganda, but most importantly, a Ugandan.

Now that we have that cleared, where have you been, Segawa?

Actually I have been in the media for 10 years. I used to do voiceovers here and I can remember doing some for MTN, utl, Warid, Orange and Zain, among others.

You have had a massive reception on social media about your work at NTV.

[Laughs and shakes the head] Wow! At NTV the reception was good; very accepting and humbling. Unlike other markets, this was a homecoming for a prodigal son.

You are really trending on social media platforms.

I am. [smiles] But I’m picky on Facebook and WhatsApp issues. I’m stuck to LinkedIn and Twitter, but not the Instagram things, especially after the analytical scandal at Cambridge.

Analytical scandal at Cambridge…. Anyway, do you ever read the comments?

A lot of people share screenshots; they are quite hilarious. That’s all about homecoming. On the comments, I love them and I’m humbled. It’s a cutthroat business out there, where people go on camera and are bashed. The reception is good so far.

By the way, how old are you?

[Thinks, then quips:] In 2019, I don’t think it’s fair for a distinguished gentleman to share his age. I don’t think I can share my age. [Quick Talk protests that hiding the age is a women’s thing, to which he replies:] As a feminist, the idea defeats the purpose. If it’s equal rights, then keeping the age should apply equally for the man and woman.

[Anyway, Quick Talk has learnt this “distinguished gentleman” is 29 years old]. Clearly, the sky is the limit for this man with a voice that ladies love.] Are you married, cohabiting or something?

I’m not married; never been married!

So, what do I tell the slay queens warming up for you?

Honestly, I don’t know how to answer. Slay queens are hard to maintain, especially on a journalist’s salary.

Who is your ideal woman?

It is just [about] companionship…your friend…there are no black-and-white descriptions of an ideal woman. The basics of tall, short, brown, good cook will not matter if you are not going to be compatible.

You sound experienced! Anyway, what do you like about your body?

My mind! The body keeps changing as you grow older; as you age, you lose hips, bums, muscles, but the brain is everything. [Some lose that too; trust Quick Talk.]

[Touches it] They love it? I just have it. I inherited it from my grandfather, Stanley Ndawula. He had it. It’s unfortunate that it is seriously associated with other regions, but that’s not the case. This is me showing patriotism.

So, what do you do with your free time?

Play guitar; in fact, that’s a hobby. I also listen to jazz, read economics journals and I used to play basketball [with just those two sentences, Quick Talk can almost hear the ladies sigh longingly.]

What are you reading?

I’m reading Return of Depression Economics And The Crisis Of 2008, by Prof Paul Krugman. He is one of my favourite economists.

At home reading and working on my PhD proposal. I’m starting it next year. [OK. A true intellectual – in Tamale Mirundi’s accent.]

Your voice, Segawa is amazing! Is it natural or did you do some training? [He has a very deep baritone]

Where do you place me? I did voiceover, worked for Sanyu FM with Crystal Newman, then CNBC. The voice is there naturally. But we also pick one or two things from good anchors that we look up to.

I have some good anchors like Richard Quest (CNN) and Jeremy James (BBC). They read a lot; that’s what differentiates a good news reader.

I also get additional information from the news reporter. A good anchor should be part of the news gathering.

Do you wear makeup before going on set?

[Laughs and shakes his head] I don’t know how to answer that question; anyway, yes!

I have always wondered what it is like, wearing makeup!

I feel heavier. It’s not comfortable, because I’m not accustomed to it.

Boxers, briefs; what kind of man are you?

What makes you stand out as an anchor?

Good question; I have experience from Rwanda and South Africa.

How many pairs of those suits do you own?

[Counts them] Twelve suits. You have just spoken to my boss [Josephine Karungi had just said ‘hi’ to Quick Talk].

Some suits are on the way…blue is my favourite colour.

Which is your favourite hangout?

I don’t have one, because I don’t drink alcohol; Krest is lovely…

Do you cook, though?