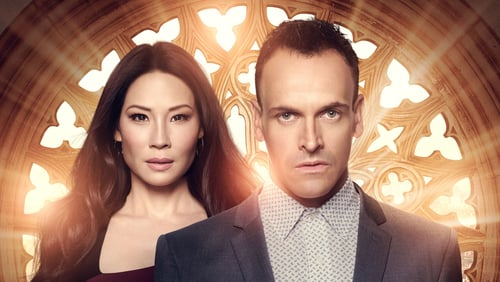 Holmes made his first appearance in 1887. But his fame has endured because contemporary authors keep bringing the character back to readers, albeit in settings and plots that the original writer never would have envisioned.

Contemporary authors have taken Sherlock to the past and the future, to space and to parallel dimensions. If you can imagine a story in which the Sherlock character would thrive, someone has written it. But I have no experience with the literary versions of Sherlock Holmes. My interest is restricted to television and movies.

The common belief is that the best Sherlock Holmes adaptation of the 21st century is the BBC version, the one that featured Benedict Cumberbatch as the titular detective.

But I disagree. Don’t get me wrong; BBC’s Sherlock is a brilliant show. The seasons are short, just three episodes each. But the individual episodes are quite long, basically movies on the small screen. Cumberbatch’s Sherlock Holmes is every bit as eclectic and bizarre as you would expect, and the production values are respectable.

The cast of Elementary spends each season chasing thieves and murderers and adulterers – hardly a worthwhile challenge for Sherlock Holmes.

And yet, I contend that Elementary is a far better show than BBC’s Sherlock. Now, I know the love that BBC’s Sherlock commands; so, nothing I say will convince most of you diehard fans.

And even if I did, it would not achieve anything because Elementary’s final episode has aired. But this point deserves to be made. Sherlock is a great show but it is also hollow; it has lousy characters. The showrunners spend so much time trying to make Sherlock Holmes look like a superstar they completely ignore his supporting cast.

To be fair, they turned Cumberbatch into the best Sherlock Holmes we have ever seen. But a good protagonist does not make a good show. A good cast makes a good show.

Rather than some superstar detective, the Sherlock Holmes we encounter in Elementary is a mess, drug-addled genius who can’t stay sober long enough to close his cases.

Elementary presents its hero as a broken man. And in doing so, it gives Joan Watson, his companion, a significant role to play. BBC’s Sherlock treats Watson like a fool, a toy that only exists to ooh and aah at Sherlock’s genius.

Elementary has a supporting cast that matters. I watched seven seasons of this show not because the individual cases were so engrossing but, rather, it made its protagonists compelling enough that I wanted to follow them on their journey.