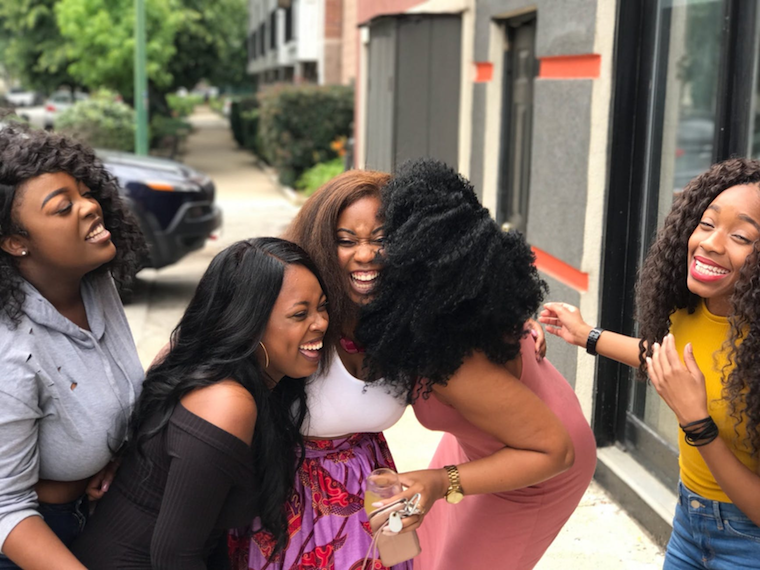 Diane’s parents came out to their doorstep, and while the children ran ahead to fling themselves at their grandparents, Diane followed more slowly, as I opened the trunk to offload the shopping.

“No, leave that, David; Joseph will bring in the things,” her mother called out.

“No, no, you’re a guest, and in any case, my chicken is getting dry; we expected you people long ago. Thank you, but you come in and we eat,” she insisted, and ushered us into the house. She had not even glanced at the shopping.

Once inside, proper greetings followed.

“Yes, it’s been quite a while; how are you, David? We missed you at the wedding,” her mother took over.

“Yes, I was sorry to miss it, but duty called,” I answered apologetically.

“Yes, when duty calls, we have no choice,” Diane’s father agreed. “How’s the telecom doing?”

“Very well, thank you; it’s been a good quarter.”

“That’s excellent,” he nodded approvingly, then turned to his daughter.

I felt her stiffen beside me, then: “Not too good; I’m actually planning to leave.”

“They want to transfer me upcountry, and that wouldn’t work for me with the children.”

“So you’ve decided to leave! Do you have another offer lined up?”

“Not exactly, but Tracy has offered to sell me shares in her boutique.”

“After all that fancy education, and all those degrees, you now want to sell clothes!”

He had not raised his voice, but the disgust and anger were evident, yet Diane somehow managed to bravely hold his angry glare.

“The boutique is doing very well, and is a viable proposal,” she answered quietly, but firmly.   He ignored her, and as the silence thickened, her mother intervened.

“Diane, come and help me in the kitchen, let’s serve lunch,” she said.

I knew my father would not approve of me leaving the bank, but I had not expected his disapproval to be that vehement.

“Don’t mind your father, he’s just shocked, but he’ll come around,” my mother tried to reassure me once we were alone.

“He didn’t sound like he will; he’s ashamed of me.”

“Nonsense! What does he have to be ashamed of? You’re not going to hawk clothes by the roadside; you are going into business for the good of your family, and that’s more important than any job. I’ve never worked since we married; I stayed home, took care of him and raised you children; was he ashamed?” she argued.

“True, but some things never change, like family always coming first!  If you’ve got to lose a job to keep your husband and children, then so be it; trust me, you’re doing the right thing,” she said.

Lunch was a quiet, subdued affair, and once it was done, desperate to escape, I quickly wrapped up the visit with a feigned migraine.

Only mum walked us to the car, and hugging me tightly, said: “Don’t worry, it will be fine.”

I desperately wanted to believe her.

“It’s good you came to visit on a Sunday when there is some meat for lunch; usually we just have beans,” my mother remarked as she served lunch.

Her comment irritated me, as with all the money I sent, she could certainly afford meat regularly.

“Thanks for cooking,” I answered dryly.

“You’re welcome; thank you for finally coming to visit,” she replied accusingly.

“You know I’ve been working out of town for the past few weekends.”

“Yes, I know; I just hope your boss is paying you extra for that,” she grumbled.

I might have appreciated her comment if I thought it was about my welfare, but I knew it was about her hope for a ‘bigger envelope’; so, it only irritated me further.

“Mummy, I’m the one working; so, let me worry about how much I’m paid,” I snapped.

“Eh! I was just caring about you, but if you don’t want me to talk about your work, fine; I won’t. You forget how much I sacrificed for you to go to school, so that you could get that job that is now making you talk to me like that!” she snapped back, her eyes welling over.

“I’m not going to talk again; do what you want,” she shrugged.

Lunch was ruined as we both sat quietly picking at our food. After a few minutes, I gave up the pretense.

“Thanks for the lunch, but I think Sara and I should be leaving now; tomorrow is Monday and it’s a long way back,” I announced, standing up.

“Alright,” she answered, but made no move to get up.  There was nothing left to say; with a nod to my sister to follow, I headed for the door.