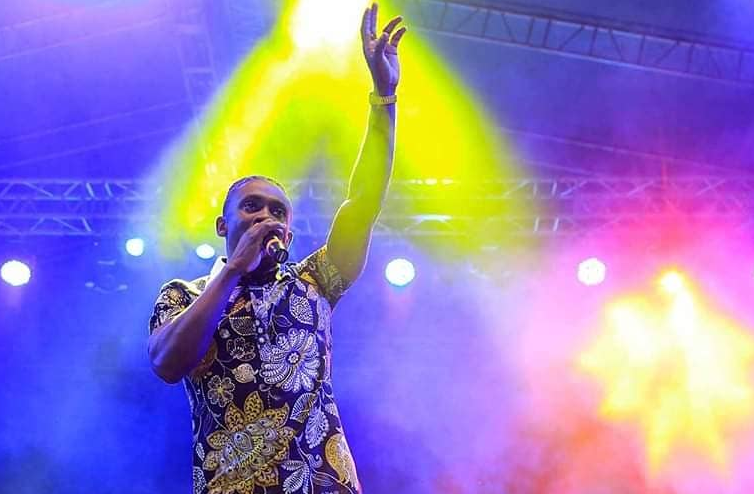 Entertainment at Lugogo Cricket oval kicked off with Mr Mosh, whose performance set just the right pace for the rest of the show.

However, the mood was dampened by the switching off of the music and lights on stage when he left. The whole show was punctuated by blackouts that lasted several minutes, killing the groove set by the previous performer; the in-coming artiste had to work the crowd afresh.

Nevertheless, the performers gave their best. Beanie Gunter kicked off the show with a live performance and was followed by Nina Roz.

With all artistes performing live, it was Kenneth Mugabi’s Naki that turned out the crowd’s favourite. He was joined on stage by Feffe Bussi for a remix of the hit, before he performed his songs, Business and Love Yo.

The Ugandans’ performances were followed by perhaps the longest blackout of the night, lasting for about 10 minutes, before D Major took to the stage at 11:15pm.

He performed No More Distance, Real knows Real, I’ll Never Walk Away, Girl of My Dream, Deal is Done and Vibes. The highlight of his performance was his hit, That’s What Love is About. The audience went crazy, singing along.

“Thank you, Uganda for the love…this is the second time that I’m performing in Uganda. My first performance here was as a backup vocalist for Shaggy. I feel so blessed to be performing here tonight as D Major. Thank you.”

By the time D Major left the stage, it was already midnight, the time all shows in Kampala must end according to KCCA’s order. Surprisingly, the show was just beginning as Christopher Martin hit the stage shortly after another blackout.

He went straight into his hits including Mama, Let Her Go, I’m A Big Deal, Is It Love, Mi Friend Dem, Watch Me Lord, Take My Love and Cheater’s Prayer.

His performance was worth the wait. The fun finally came to an end at 12:30am when he left the stage. It was a good show, but did not measure up to last year’s edition that featured Tarrus Riley.