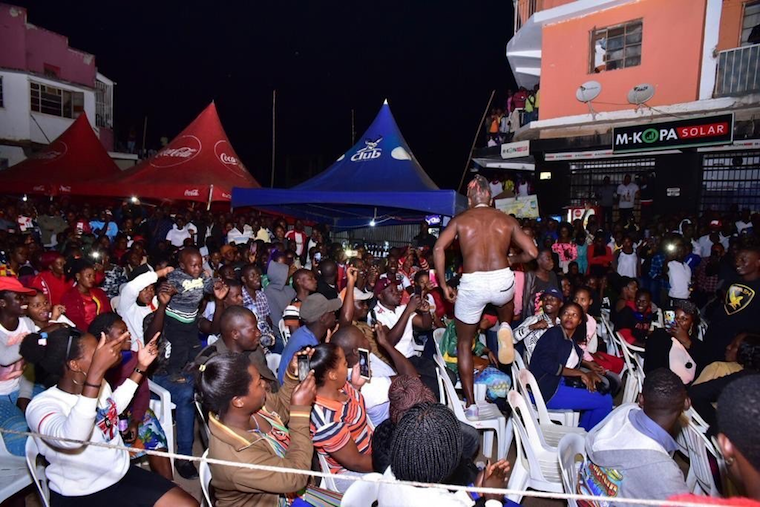 Last weekend’s Street Jam in Masaka left some impressed, others not so much.

Powered by Club beer, the lineup of artistes was a good one, and included Jose Chameleone, Feffe Bussi, Rema, King Saha, Winnie Nwagi, Gravity, Chance Nalubega, Mesach Semakula and comedians Mariach, Madrat and Chico, Maulana and Reign, plus Roden Y Kabako who was the main act.

The delay and poor sound system aside (Gravity abandoned his performance due to the on and off system), it was a packed Edward avenue.

Performances kicked off as early as 1pm with little-known artistes performing for a crowd that seemed more interested in their smartphones and taking selfies.

The boredom continued until Roden Y Kabako came on stage; he performed songs such as Number Emu, Akasolo and Nanfuka, among others, grabbing the crowd’s attention.

Then came Gravity, now arguably the best male Luga Flow artiste. Gravity made sure the crowd had a wonderful time as he went through his songs, until the sound started acting up.

The event ended at 3am with King Saha’s performance, who tried his best in vain, because patrons were chanting ‘we want Chameleone!’

The aspiring Kampala mayor is not in the country.

Why include Chameleon on the lineup, well knowing that he was not in the country?

Apart from extorting money by dubious means, this is pure greed. The more reason why people resort to beating the heck out of the organizers! And they would be extremely justified....watch out next time something like this happens....
Report to administrator