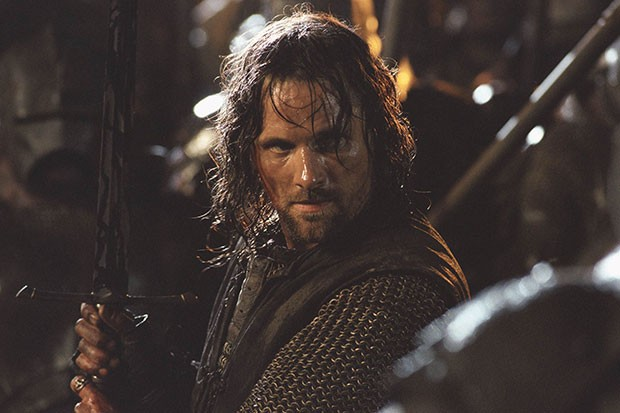 The last time we talked Lord of the Rings, I got a little side-tracked.

This time, let us stick to what we should expect to see in Amazon’s Lord of the Rings TV adaptation. Well, the Second Age of Middle Earth spans roughly 3,500 years and is largely concerned with the reign of the Numenoreans, the rise and fall of Sauron, and the final movement of the Valar in the mortal realm.

The Numenoreans were the descendants of Elros, Elrond’s twin who chose to become human, accepting the gift of death but taking with him many of the attributes that made the elves so ethereal.

Having played a critical role in the defeat of Morgoth, the Valar Ulmo, Lord of the Sea, raised an island for them to inhabit. It was upon this rock that they built the mightiest empire in the land.

For a time, the Numenoreans worshiped Eru and sought friendly relations with the elves. They even adopted elven culture. Their kings were wise and true, initially all male. But then Tar-Aldarion had a daughter and no other children, and so the rules were changed, permitting Rar-Ancalime to become the first Queen of Numenor.

Though they could live for centuries, the Numenoreans envied the elves who were truly immortal, immune to sickness and disease, and capable of reincarnating in Valinor, if they died in battle.

And because the Valar had forbidden the Numenoreans from sailing to Valinor, a land they believed could grant them immortality, their envy became rage. They turned their attention to Middle Earth, bringing agriculture and industry to the primitive men who lived in the land at that time but also giving in to their baser desires to conquer.

It was here that they came into conflict with Sauron who, at this point in time, was disguised as a beautiful wanderer known as the Lord of Gifts. When the Numenoreans came ashore, he met their invasion with both force and cunning, inciting strife amongst the ranks of Numenor’s Lords.

He also wasted no time in inflaming their fear of death and their hate for the Valar, ultimately sparking a conflict that would threaten to engulf Middle Earth as a whole.

The Second Age is as much about Sauron as it is about the Numenoreans because it was in this period that he cemented his control over Mordor, created the Ringwraiths and eventually coerced the elves into making the rings of power.

Additionally, Sauron could shape-shift in the Second Age. He was more of a person and less of the towering, iron-clad figure we saw in the movies.

As such, there is room to build the antagonist into a three-dimensional villain with depth. The TV show cannot dissect every single Numenorean monarch; the show will most likely focus on the reign of Ar-Pharazon the Golden, the most arrogant of Numenor’s kings.

Much of the Second Age feeds into the events of the movie, such as the founding of Gondor and Anor, and the Elven Kingdoms of Rivendell and Lorien.

The showrunners will also probably mine the conflict that arose between the Faithful – Numenoreans who chose to honor their history with the Elves – and the King’s Men.

This TV show could be another surface-level fantasy series with more flash than substance. But if Amazon plays its cards right, there is no shortage of stories to explore.