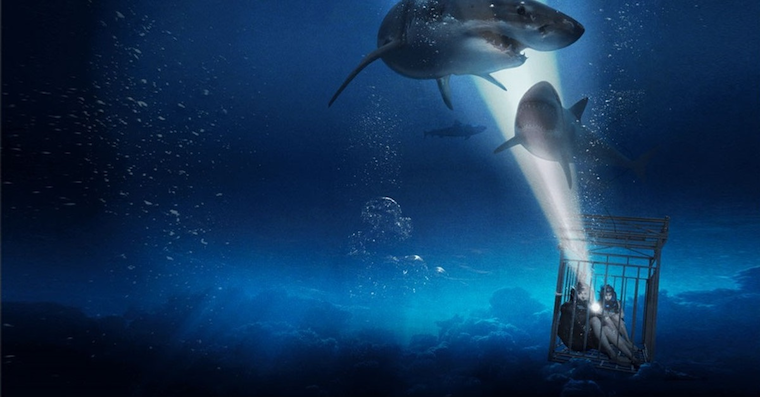 47 Meters Down was released in 2017 and attracted some attention because it starred Mandy Moore who still has a surprisingly strong fan base.

The movie told the story of two sisters who went cave diving in Mexico. Things took an unexpected turn when the system connecting their cage to the boat broke and they fell to the ocean floor.  They were left to fend off quite a few Great White Sharks even as their air supplies dwindled.

47 Meters Down was a modest hit. The reviews were mixed but it still made $62m worldwide on a budget of just $5m. Now, 47 Meters Down Uncaged is the sequel. It does not feature any of the characters from the first movie, so you don’t have to watch that to understand this one.

You have four girls this time around. And instead of a cage, they are stranded in a sunken Mayan city. What should have been an exciting vacation ends in terror when their little adventure draws the interest of a group of sharks.

Now the girls must escape the Mayan city with its labyrinthine system of caves, or lose their lives. I can’t say that I care about shark movies. But then again, I haven’t exactly watched that many. I enjoyed The Meg. I never saw Jaws, but have fond memories of Deep Blue Sea.

The reviews for 47 Meters Down Uncaged have been mixed. The director was lauded for shooting so much of the movie underwater and a number of critics suggested that the claustrophobic nature of the setting pays off.

That the heroes in ‘Uncaged’ are in the water with the sharks changes the game. It is not enough to simply evade the shark. They must escape before they ran out of air and drown. I don’t know if that is enough to drive me to the cinema, but quite a few critics called the movie dumb, simplistic fun.

And I am not opposed to dumb, simplistic fun.