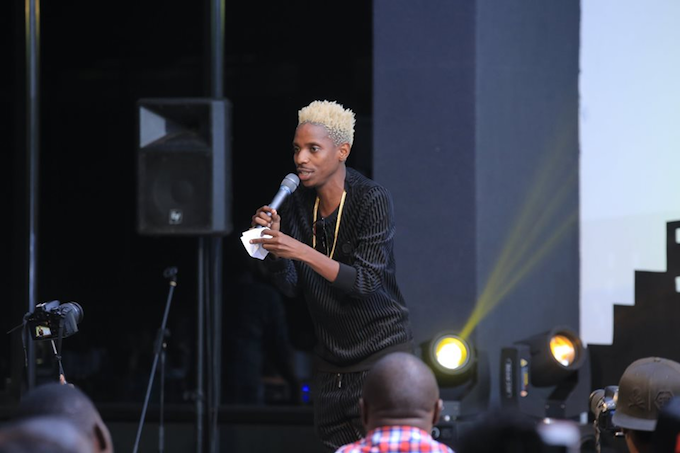 The lighting and sound system were a tick; timekeeping and organization at their best; the comedians lined up did their homework and the audience played their part.

That was the inaugural Just Comedy show by Patrick ‘Salvado’ Idringi at Kingdom Kampala last week, which seems to have planted itself firmly as the comedy show to contend with in the future.

The show had Kingdom Kampala filled to capacity, and at 8pm, Uncle Mark kicked off the show joking about Ugandans’ ill-preparedness.

Despite the fact that Salvado had said his comedy will this time strictly be a clean script without vulgar language, he broke the promise, talking about sex and how Batooro ladies love it so much, while referring to his wife Daphne.

He was not alone; his guest, Kenyan Eric Omondi undressed on stage, leaving many bothered by his choice of ‘comedy’. One wonders what Omondi had been told about Ugandans’ tastes!

It is clear that as the music industry stutters and musicians increasingly settle for performing in small bars and schools, the comedy industry is on a boom, if the popularity of such comedy nights is the yardstick.

Just Comedy will take place every Wednesday at Kingdom Kampala. Already, Alex Muhangi’s weekly gig at UMA showroom is a massive hit, as is Nseko Buseko and other similar acts.