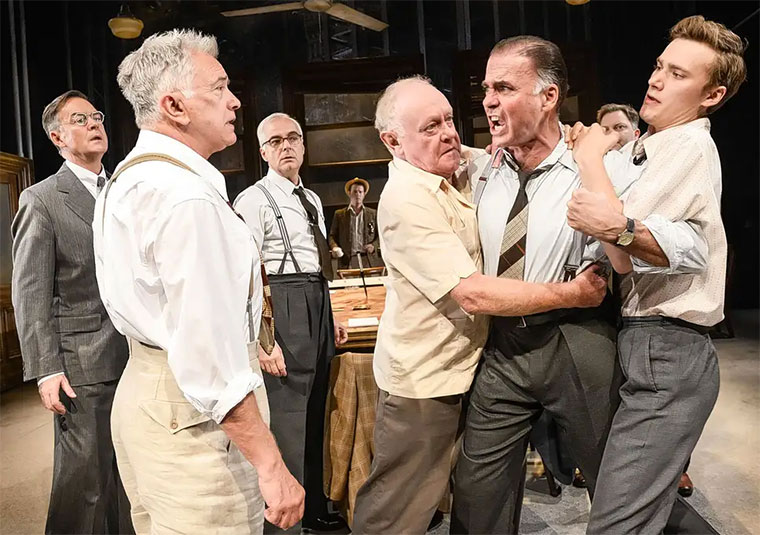 We live in a world were heroes wear capes and leap off tall buildings. This is what cinema has taught us in the 21st century; that justice isn’t truly just until privileged men with the gifts of the gods dish it out, one violent encounter at a time.

When Sidney Lumet made 12 Angry Men in 1957, America was groaning under the weight of racial conflict. His film did not necessarily define a generation. Film students and professors alike will tell you that the tale it unravels continues to reach its hand forward through time, screaming to be heard by contemporary ears.

But in 1957, heroes like those Lumet put to film were the norm; not larger-than-life figures boasting extraordinary skill whose success hinged on their ability to maim and wound, but simple folk, who valued innocence above all and would gladly give life and limb to preserve human life.

No other protagonist personified this ideal more than Henry Fonda’s Juror Number 8. A boy, no older than 18, had murdered his father, or so he had been accused. The defense had surrendered him to the claws of the state, making no effort whatsoever to defend his claim to innocence.

And the 12 men who would decide his fate were more concerned with the frivolities of their lives than delivering justice. They had deemed the boy guilty and could not wait to hand their verdict over. After all, what value did one life have in the face of two tickets to the evening game?

Well, one juror among the 12 refused to budge. Juror Number 8 did not claim that the young man was innocent. How could he know?

But things did not quite add up. So, he attempted to make his case to his colleagues, and they had no choice but to heed his words. After all, the boy would only burn if all 12 jurors came to a consensus. Juror Number 8 only had to bring enough of these angry men over into his cloud of doubt, and then justice as he saw it would be done.

And so commenced a battle of the ages, one rife with personal attacks, moral evaluations, and self-condemnation. Juror Number 8 made himself a mirror during that session of deliberation. He forced every man to look within, to see their own hubris, their sin, and to re-evaluate their stand on the case and life as a whole.

12 Angry Men is one of the cheapest movies ever made, restricted to one room in one building. And yet Sidney Lumet’s cinematography made it one of the tautest. 12 Angry Men does not tell you much; not the names of the jurors and not the truth behind the case, whether or not the young man committed the heinous crime.

And yet it still succeeds on every filmmaking level, delivering a succinct, well-paced, character-driven story without a single wasted scene, frame, or word.