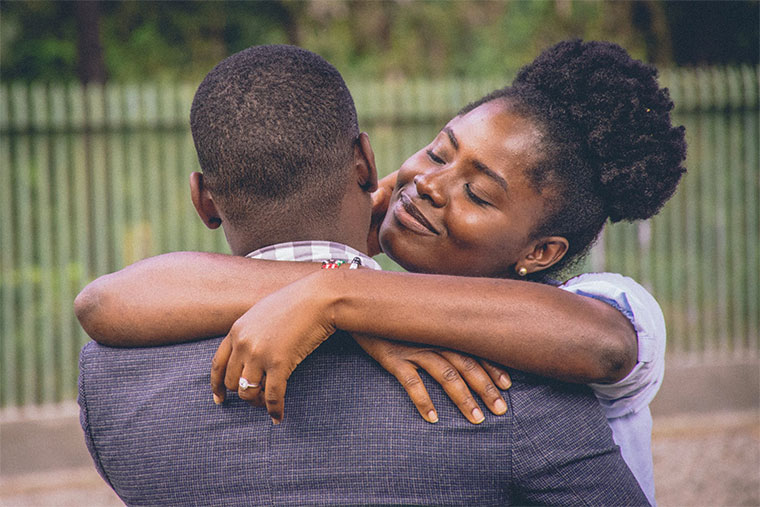 We have faithfully copied every obscure holiday, but the International Kissing day came and went last Saturday without the slightest stir!

July 6 is set aside every year as the international day for locking lips. Not in Africa, apparently. I even asked ‘Mr Google Sir’, what kissing is called in different languages. There is a long list of words, but only three cultures in Africa even have a word for kissing.

The Swahili call it busu (and remember, Swahili culture has its foundations in the Arab culture, where kissing is a huge deal). In Afrikaans it is soen and in Sudanese it is nyium (I suspect this is Sudan-Khartoum). Beyond that, not even the Zulu, Xhosa or Tswana, where European influences were heavy, had a local word for it.

I suspect like in Uganda, it is more of descriptions than actual nouns for a kiss. For example, in Buganda kissing is called everything from okwenywegera (which also means hugging), to okunuuna akacungwa (suck on a small orange) and okwekomba emimwa (literally, lick each other’s lips).

My niece – now an adult – was watching a popular soap opera on TV when she was about six years old and as the couple on screen started moving in for a kiss, she shouted: “Bagenda kwekiisa! (They are going to kiss!) And that is what we call kissing at home – on the strange occasion that we have to talk about it at all, that is.

Have you ever seen your parents, uncle/aunt, openly kiss on the lips?

What about you; do you and your spouse kiss freely as an expression of love, romance or even just-bu-just? There.

I am starting to think it is why we have a shorter life expectancy…don’t laugh. Research says – research published in none other than the Washington Post – kissers live longer.

That because a kiss transfers about 80 million bacteria between mouths – a good thing for immunity – and uses at least 146 muscles in the puckering-up process, it promotes good oral and general health.

Non-kissing cultures are missing out on the good life!

At least so say researchers from the University of Nevada and Indiana University. But worry not, Africa is not alone. Actually there are more cultures in the world that do not kiss, than those that love the kacungwa.

Out of 168 cultures studied worldwide, only 77 kiss romantically; 91 don’t. Or, only a few people kiss as influenced by exposure to other cultures and trends.

In Africa, only four out of 31 cultures studied, kiss. No prize guessing who make up those four…In South and Central America, kissing is also not a big deal; in fact, among Amazonian tribes, the study found zero per cent of the cultures kissed romantically.

Now, you who say we evolved from apes or chimpanzees, kindly explain why ‘your ancestors’ the chimps, with whom we share 98 per cent DNA, kiss on the lips. Bonobos too. The latter even use tongue.

Anyway, don’t be too hard on yourself if kissing is not your forte. Africans do other things romantically/sexually that other cultures don’t do.

But it would be nice to advance your foreplay and romantic skills by including ‘good kisser’ in your manifesto at some point. It is a skill, by the way, with actual technical know-how. You don’t just attack, breaking teeth and bruising lips anyhow. Read about kissing. Ask a good kisser to give you pointers.

Just because it is not in our culture to kiss romantically does not mean it is not good for us. I sure do want to live longer! Cough-cough.

Look; today people from non-kissing cultures marry those from kissing cultures and they teach each other the sexual highlights of where they come from originally. It can be a beautiful melting pot.

When you learn to kiss on the lips (they have many nerve endings and a good kiss is said to release feel-good chemicals and hormones such as dopamine and oxytocin), you will find it easier and more enjoyable to kiss your spouse on more than just the lips and brighten the pink in the elephants that fly around your bedroom.

If you know, you know.

0 #1 Decoursey 2019-07-18 15:58
Africans are well aware of their poor oral hygiene . Thats why in some cases kissing someone could be equated to signing a death wish.

How many of your friends ever get to brush their teeth after lunch?

And yet after that, a lusaniya and beers after work, which is crowned with a passionate kissing session with the side chick. just imagine what the oral lab would by then....the stenchhhhh. Govt etuyambe.......
Report to administrator