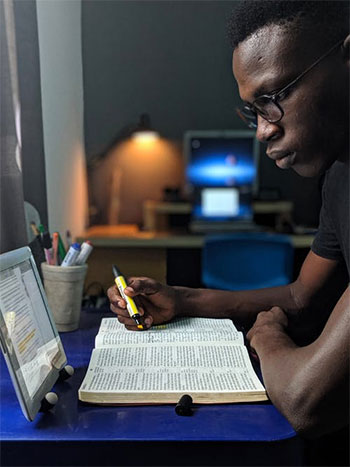 When I woke up the following morning, there was no sign of Diane, though I could hear her getting the kids ready in their room. By the time I had showered and changed, they had all moved downstairs and were seated around a rather scrumptious-looking breakfast table; in addition to the usual cereal, toast and coffee, there were sausages, scrambled eggs, French toast, slivers of bacon, juice and even a large bowl of fruit salad.

It was not the sort of breakfast that the maid would be able to make; so, I knew Diane must have gotten up pretty early to put it together.

The question was, why?

“Goodness me, did I forget it was my birthday or something?” I asked jokingly.

“No, I just wanted to make sure you are well fed before you go to work,” Diane answered with a laugh as I sat down, and she poured me some coffee.

I dropped off the kids at school that morning, figuring it was the least I could do after the breakfast Diane had served, but the minute I got to work, I shut my door and texted Julie.

“Good morning beautiful. I miss you. Have a great day. Will call later.”

Work and meetings kept me busy for the rest of the day, but once again as soon as I had that out of the way, my mind went right back to Julie, and noting that it was after five, I dialed her number.

“Hello,” she answered quietly; I could tell she was still at work.

“Oh no; I was hoping I would be able to see you for a quick drink.”

“I wish I could, but there’s so much I still need to catch up on; I’ll probably be here for at least another two hours,” she answered regretfully.

I wanted to keep talking to her just so that I could continue hearing her voice, but I could tell from her tone that she was uncomfortable having this conversation at work; so, I let her go.

It was nice to see that I wasn’t the only one making an effort to improve things on the home front; the next day, David got back as it approached six, helped the kids with their homework, and after dinner as promised, he went to tuck them into bed - certainly a positive start to the evening.

As I showered and got ready for bed, I was pretty confident that my plan was going to be a lot more successful tonight. This time round, it was I that was waiting in the bedroom, and I made sure that when David walked in, it was to a sight bound to put him in the right frame of mind.

I had showered with a scented, designer bath gel, waxed my arms and legs, and was now dressed in a nightdress that was even skimpier than the one I had had on yesterday. The bedcover and duvet were turned down, but I lay on top of them so he had an unobstructed view. 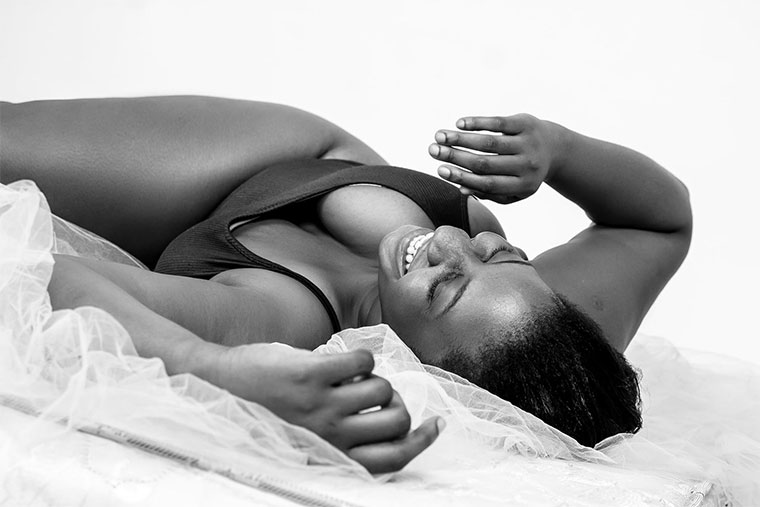 When he sat down at the foot of the bed, I slithered over to him, then making eye contact, I slowly climbed onto his lap in such a way that I was straddling him, then began helping him with the buttons. I didn’t say a word, and neither did he, but I felt his excitement, and his body stiffen with mounting tension.

Once his buttons were undone, I moved on to his belt, then his zip; his breath quickened and I made my final move, pushing him back against the bed, then climbing back on top of him.  I wasn’t usually this active a partner; on the rare occasions that David and I did have sex, I usually let him do most of the work.

Tonight however, I took the lead, and made moves any ssenga would be proud of. I felt like I was on trial for my life, and I gave my performance my all.

“Oh my God, that was wonderful,” I gasped breathlessly, as I rolled off David.

“Mmm,” he murmured in response, his eyes closed.

I had clearly worn him out, I thought to myself with satisfaction, as I headed for the bathroom. When I returned a few minutes later, his eyes were still closed, and I had a moment of panic.

“Are you asleep?” I nudged him worriedly.

His eyes opened a crack; “No, just resting.”

I breathed a quiet sigh of relief, then sat down besides him.

“I wanted to talk to you about something – it’s pretty important.”

“What?” he asked, his eyes now fully alert.

I took a deep breath to compose myself, then started at the beginning with how the bank wanted to transfer me, to how Tracy had given me the perfect solution, concluding with how much money I needed from him.