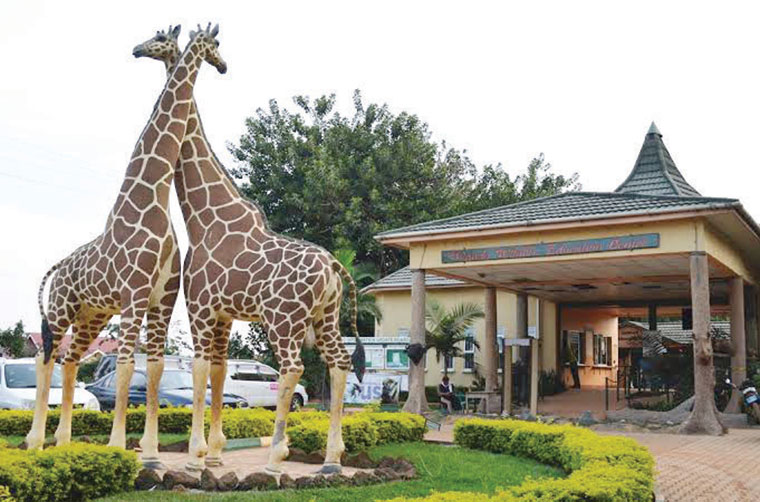 Yes; first things first. Is there an event planner with bouncy castles for adults?

That is an activity I would happily spend on, and I am not alone, if my trip to Uganda Wildlife Conservation Education Centre, Entebbe  (zoo) last week is anything to go by. The first place you encounter as you enter the zoo is the huge children’s play area.

Seeing as I had turned up with just two adults, we stood at the fence looking at the schoolchildren screaming and rolling off the huge beautiful bouncy castle. I had wild images of myself getting into that mix, jumping onto the castle and sending the about 50 children ‘splashing’ in all directions with the law of displacement. As I entertained myself in my head, I was shocked to hear another adult voice my thoughts.

So, I am not crazy; for adults like me of a certain generation where the biggest childhood thrills came from sliding down steep slopes while seated on a big palm leaf or jerrycan, we would like a chance to jump on a bouncy castle without feeling judged. There.

Now, rewind back to Entebbe municipality first. Where do I even start? Entebbe has changed so much, if you have not been there lately. I actually failed to see the turn-off to the zoo and almost ended up at Resort Beach hotel, before I got directions. The main road is now dual carriage and looking all fancy and beautiful, it reminded me of places far away from Uganda.

And as one drives down the cobbled road towards the zoo past Imperial mall and hotel, again that sense of not being in Uganda hits.

We had been having a lazy day off from work and two friends and I decided to take the expressway to Entebbe town and hang out. The zoo was an impulsive decision, seeing as all of us had not been there in decades. And that is how I discovered that rhinos are actually very big animals; they don’t look so big on TV! I had never seen a rhino in the flesh.

And that is also how I spent valuable minutes sitting outside the parrots’ aviary, trying to get the talkative birds to repeat a few phrases after me. It did not happen. I hear many stories of parrots mimicking human sounds and voices, but it has sadly never happened for me. We were actually a team of oddballs in that zoo, but ended up having a great time.

One of my friends, for example, really hates animals – apart from when they are on her plate, she insists; so much so that the only time she had visited the zoo, she let the children and their dad go ahead and have fun while she waited with a book outside!

This was her first move beyond the zoo gates, and she ended up enjoying it more than anyone else. She was in stitches as we watched a jackal make such a hilarious fuss out of ‘stealing’ meat that had been tossed into its den by a minder.

We stared admiringly for several minutes at the otters as they showed off their swimming skills in their pond, and learnt some basic biology about crocodiles and their behaviour from a zookeeper on duty.

But most enlightening was discovering the local names of some of the animals. For me, the highlight – well, sort of – was finally seeing a shoebill stock up close. See, I once joined an ill-advised trip of birders to Mabamba swamp on a terribly cold and rainy day, looking for this ugly bird.

After what felt like hours in a dugout canoe with the rain soaking me to the bones, a guide pointed to the bird landing further ahead, and I remember several boats rowing to within about 50m to watch it as it fished and we were instructed to be absolutely quiet. As cameras flashed all around me, I could have rolled my eyes had I not been too cold to pull it off. But at the zoo, all dry and warm, the big bird stood at the fence of its aviary and let me stare into its eyes, finally.

There is something about watching animals in captivity, though; it is just not the same as seeing them in their natural habitats. For example, I could not bring myself to go see the giraffes, elephants and primates, because I have seen them in various national parks. It would be too depressing seeing them caged.

Even the lions that I saw after failing to get the parrots to repeat anything after me, only made me long for Kidepo Valley national park, where a whole pride once roared just outside my hotel window and I felt a chill climb up my spine.

Still, by all means go to the zoo; it is very organised now and for Shs 50,000 per person, you can even go for the ‘Behind the Scenes’ programme where you get to be more intimate with the animals. Otherwise, a ticket for adults is Shs 10,000.

When we left, we were in awe of the fact that we had actually immensely enjoyed ourselves. The other friend, who believes we are too old for zoos (but young enough for bouncy castles), kept muttering disbelievingly to herself: “Hmmm, we just visited a zoo!”

This, as my animal-hating friend squealed in delight on seeing the beautiful hats on sale in the gift shop.