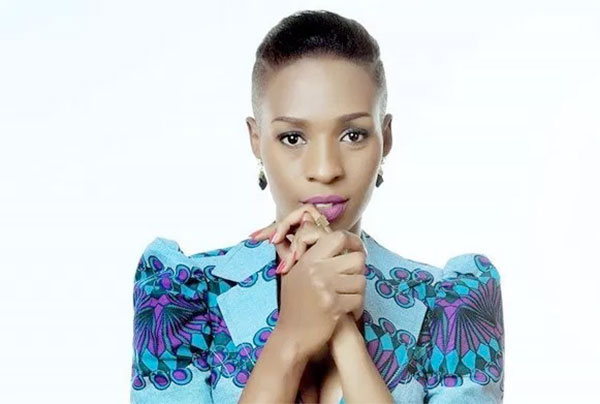 Cinderella Sanyu Muyonjo, aka Cindy, 33, is one of the enduring names in Ugandan dancehall music. Having got her big break in 2004 with Blu*3 following a talent show, she has had her ups and downs, but no doubt, a very successful solo career. Quick Talk chatted with her online recently.

What is your latest music that fans should prepare for?

I just released Copicat recently and the reception is unbelievable. I did a collabo with a young man called Mudra and it is coming out [on June 19]. Also I’m working on my next release called Boomparty. A fun, mid-tempo, afro dancehall track about getting together and having a party.

How has your music helped you?

Music has given me my best life, especially because I get to take care of my family and myself. We live a comfortable life and we plan for better. I take a lot of pride in the fact that our mum does not pay rent anywhere she lives, whether in the village or in the city. We are good. [True, when Coca-Cola Pop Stars discovered Cindy back in 2003, hers was a story of a talented young woman from an impoverished background. Well done, Cindy!]

Music has also given me a voice to communicate to the public and people listen. A lot of people in this world would kill to just be given the opportunity to be heard. Music has taken me all over the world and brought me before great men and women. I thank God for the gift of music.

Wow… that’s very nice to hear. What are your views on Ugandan music?

Ugandan music is getting better. The competition has created a desire for quality, which is driving us to international levels. Artistes are also coming with associations like Uganda Musicians Association and the artistes union. Also, real record labels are coming up such as Swangz Avenue, TNS, etc; so, the industry is creating a kind of structure that wasn’t there before.

How do you balance family and music?

I let it flow. You can’t really plan it and my daughter [Amani, whom she shares with her ex-boyfriend, Mario Brunette.] is getting used to it; so, the situation is getting better.

I spend as much time with her as I can. I take her to school, then put her to sleep, then run to work.

How do you handle everyone having an opinion about you, true or false?

I don’t care. People will always have their opinions of things and you can’t control that; so, I live my life. I tell the truth when I get the chance.

For example, I hear you are feuding with Sheebah…?

The battle with Sheebah is off [whenever] she agrees to it. I am always ready.

So, are you dating currently?

Who is this lucky man?

I am not telling right now. [Cindy also famously dated Ken Muyisa, after breaking up with Mario.]

Would you encourage your daughter to follow in your footsteps?

She is seven. She loves music and she is always dancing, but it’s too early to say. I don’t want to force her into anything; so, let’s wait and see.

Now Cindy, your nudes leaked a few years ago. How did that affect you and how did you overcome it?

That’s history; I don’t want to discuss it. I thank God I went through it and I learned a lot.

There are young ladies such as Martha Kay whose nudes were recently leaked. They would benefit from your learned lessons.

Nudity isn’t a tool for publicity or fame. Nobody needs that kind of fame. If a man wants to see you naked, let him come see you naked. Don’t send him pictures. If you have to send a nude picture, edit out your face. You can’t change your past but you can learn from it.

Is government handling the hackers correctly?

They always attack the victim, and not the person who actually leaked the nudes. That’s wrong. They are giving power to the criminal.

True... and how is Band Cindy progressing?

Very well. We have shows every month.

You must be pricey. What is your price range?

Shs 2.5m, minimum. It depends on the function.