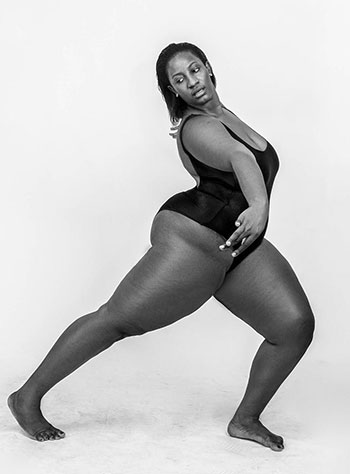 My wife Diane is a beautiful woman by any standards, and in spite of being a mother of three, her body is still in pretty good shape. Sure, she has grown softer in a couple of places and her breasts hung a bit lower than they had when we first married, but for a woman her age, she is doing pretty well.

Nonetheless, I could not help but compare her to Julie, whose body was still firm and slender; whose breasts still stood perky and youthful.

I knew it was an unfair comparison, considering the difference in their ages and the fact that Julie had not had any children yet; still, I made it.  When Diane joined me on the bed, she took her seduction a notch higher, as she reached out a hand and began to caress my chest beneath the T-shirt I had on.  My hand shot out reflexively, grabbing her roving one by the wrist, imprisoning it and stopping her.

“What’s wrong?” she asked, her tone a mixture of surprise and confusion.

I understood her confusion; it was normally me making the moves and her turning me down. When had the tables turned?

Crazier still, though, was my reason for stopping her; even though she was my wife, I had made love to Julie just that morning, and the thought of having sex with anyone else now, my wife inclusive, would feel like I was cheating on her.  “Nothing’s wrong; it was just a long drive and I’m tired, that’s all.”

She froze for a second, then slowly withdrew her hand.

“Alright, goodnight then,” she said quietly, then rolled over, away from me.

“Goodnight,” I answered quietly, then turned away as well.

While I was surprised and disappointed by the major flop of my plan that night, I was not particularly concerned. In hindsight, it had probably been unreasonable of me to expect a night of passion from David after all those hours on the road.

At least the groundwork had been set for me to try again the following day, when he would have recovered from the trip, I reasoned to myself consolingly.

Then again, our sex life could hardly be called “passionate”, even on a good night. We were down to making love about once a month, maybe twice, and when we did, it was a quick affair, like a chore that had to get accomplished and put out of the way.

I knew this state of affairs was mainly my fault, but after dealing with work, then the house and the kids, by the time I got to bed, sex was the last thing on my mind.

David would try now and then, but I constantly rebuffed him, and he is not the kind to insist. On the rare nights when I did succumb to him, it was usually because he had done something nice or thoughtful earlier, and I felt obliged to reward or thank him for it.

This, however, was different; I was not asking David for some small favour, or rewarding him for coming home early and helping with the kids. I was asking him for Shs 40m and knew it was going to take a lot more than sex for him to give it to me.

My plan was to give him all the things that mattered to him; a clean home, perfect meals, orderly children, a doting wife and an improved sex life, then show him how he could keep all that by signing the cheque.

After all, a lot of my “inadequacies” as a wife could be blamed on trying to balance work at the bank with running a home; so, if the bank were out of the equation, I would have more time and energy to be the perfect wife and homemaker.

All I had to do now was show him it was possible, and I had every intention of doing just that.

+1 #1 Tabula 2019-07-04 10:57
This is article is not complete!!.
What was the reason of writing it?
From the opening sentence I thought, Diane will get to know about the presence of Julie in David's life and was waiting for the decision both David and Diane will take at the end.