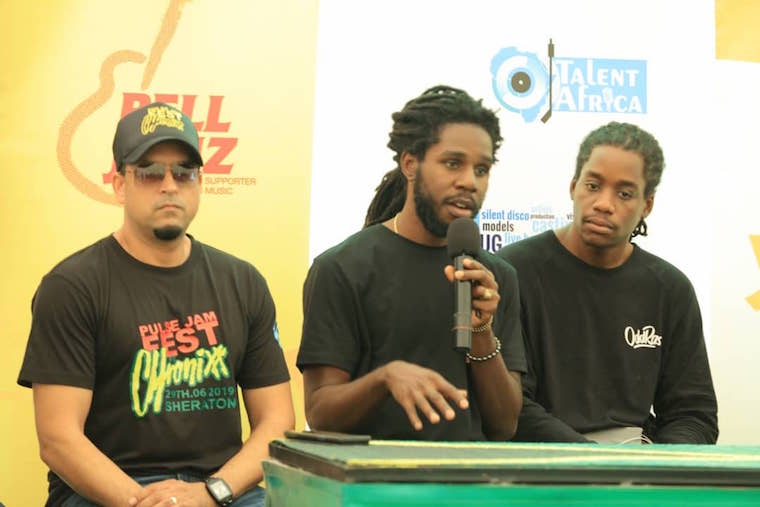 Chronixx, real name, Jamar McNaughton is one of the trending and respected reggae stars and he is behind hit like Smile Jamaica, They Don't Know, Here Comes Trouble and Behind Curtain, among others.

Chronixx will be performing in Kampala for the second time after staging one of the biggest shows in 2016 that was held at Ndere cultural center.

Speaking to the press, Chronixx said this time Ugandans are in for a real surprise from himself and his band.

”It is going to be a night of reggae and I don't want us to tell you what we have for our fans. Just come and watch the show," said Chronixx.

"I'm at a point where I can just play the music and grow and learn from it," he says.

"To understand a deeper level of musicality, Am I going to play reggae music, or play a new kind of reggae music? I think this project is experimental in the sense of trying to look into where music is going. it's not something futuristic, but timely," he added.