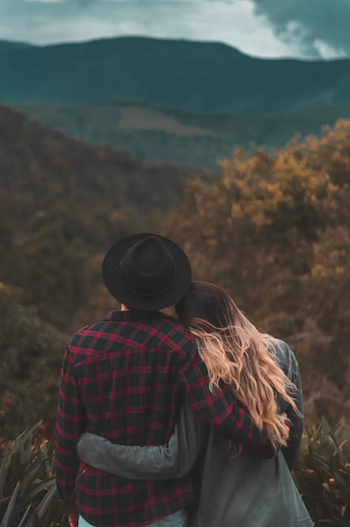 It was a beautiful room, with hand-curved wooden furniture and pictures of animals done on cloth on the walls, giving it an authentic safari camp feel. In sharp contrast, it’s adjoining bathroom was elegantly done in beautiful tiles, with both a shower and a bathtub, giving it an almost spa-like feel.

I had never lived anywhere with a bathtub and knew I would spend hours soaking in this one. A single night here must cost a fortune, and yet David had spent it on me, for not just one night, but three, which altogether was no doubt more than my monthly salary, I thought to myself.

Suddenly I felt really guilty; David had been nothing short of wonderful to me, and in return I had given him the cold shoulder, and shut the door (to the room he had rented) in his face.

What must he be thinking of me now? Probably that I was an ungrateful b***h, I thought to myself in horror, and I considered going to knock at his door to apologise, before quickly dismissing the idea. It would be too awkward, and in any case, I could not really explain my behaviour in the first place.

No, I would let it slide tonight, and make it up to him tomorrow by being nicer – a lot nicer.

I knocked on Julie’s door the following morning. Silence. I knocked again, a little harder this time. There was a faint rustling sound, followed by Julie’s voice calling out: “coming”, and seconds later, she was opening the door, wrapped up in one of the hotel’s fluffy robes, her hair ruffled from bed, her eyes still heavy with sleep, faint pillow marks on her cheeks – she looked beautiful.

“Sorry I woke you up, but I wanted to see you before the conference started,” I explained apologetically.

“That’s alright, good morning; come on in,” she invited me with a warm smile, in sharp contrast from her cold attitude last
night.

“Thanks; I was just about to order up some breakfast; would you like some too?” “Just coffee for now thanks; maybe I’ll have breakfast a little later.”

“Sure; I’ll just order up for a big pot then, and we can share it. Is my room alright? I can go order for it while you dress up; it should be there in about ten minutes or so.”

“Uhm..... yeah, that’s fine,” she agreed groggily, still trying to rub the sleep out of her eyes.

She was probably a bit confused about why I seemed in such a hurry to get back to my room when she had just invited me into hers, but the truth was that I was beginning to get uncomfortably turned on by her.

The hotel gown that she had on was too big for her, engulfing her like a cozy cocoon, and I found myself wondering what she had on beneath it, if anything at all. My imagination was running wild and I wanted to get away so that I could have a few minutes to cool off.

The other more practical reason for my suggestion that we relocate to my room, was so that when breakfast arrived, it would not look like I had spent the night in Julie’s room to whoever delivered it. That was certainly the image it would create if I made the order from her room, with Julie in a gown, and a straight out-of-bed look.

I knew that by the time she came next door to my room, she would have freshened up, and most importantly, be fully dressed, so to whoever delivered the breakfast, it would appear like she had just come in to go over some paperwork for the conference, which I planned to have strategically placed on the table in plain sight.

My friend Tracy clearly thought David was up to no good, from the way she raised her eyebrows suspiciously, when she asked about him, and I said I had not heard from him.

In my opinion, women were way too quick to suspect their men of cheating these days. They made it look like all husbands were unfaithful, and yet I knew from personal experience, that this simply was not true.

Yes, many did stray from their marital beds, but not all of them did, and David was one of those that did not.